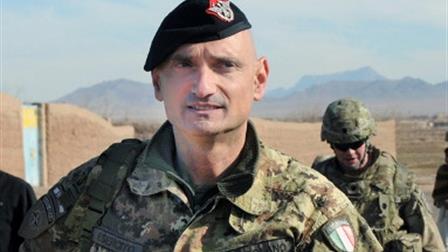 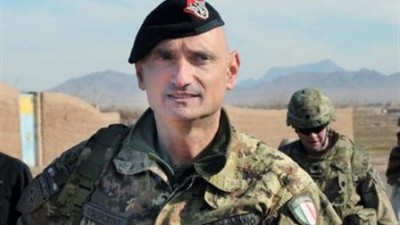 UN Secretary-General Ban Ki-moon today appointed Major General Luciano Portolano of Italy as the new head of the United Nations Interim Force in Lebanon (UNIFIL), the office of the United Nations chief announced on Monday
“Major General Portolano has had a long and distinguished military career,” stated the announcement .
The Major General joined the Italian army in September 1981 and since September 2012 has served as the Deputy Chief of Staff for Joint Operations in the Italian Armed Forces.

He also has extensive experience with multinational operations and out-of-area operational deployments, including in Afghanistan where he commanded the International Security Assistance Force (ISAF) Regional Command West. He also served as Commander in Iraq, Kosovo, and the former Yugoslav Republic of Macedonia.

Major General Portolano will succeed Major General Paolo Serra, also of Italy, who will relinquish his post as Head of Mission and Force Commander of UNIFIL on 24 July.

“The Secretary-General is grateful to Major General Serra for his excellent service and leadership of UNIFIL over the past two years and a half,” the announcement said.

Established in 1978, UNIFIL is tasked with ensuring that the area between the Blue Line – which separates Israel and Lebanon – and the Litani River is free of unauthorized weapons, personnel and assets. It also cooperates with the Lebanese Armed Forces (LAF) so they can fulfil their security responsibilities.