Fleeing Christians giving up on Iraq 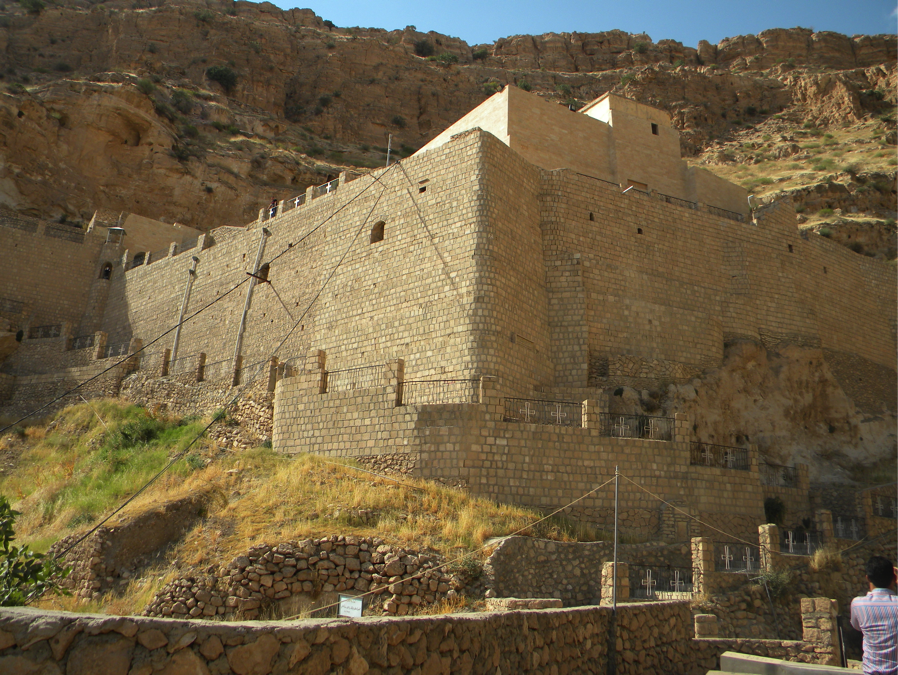 ALQOSH, Iraq — Over the past decade, Iraqi Christians have fled repeatedly to this ancient mountainside village, seeking refuge from violence, then returning home when the danger eased. Now they are doing it again as Islamic militants rampage across northern Iraq, but this time few say they ever want to go back to their homes.

The flight is a new blow to Iraq’s dwindling Christian community, which is almost as old as the religion itself but which has already been devastated since the 2003 U.S.-led invasion. During the past 11 years, at least half of the country’s Christian population has fled the country, according to some estimates, to escape frequent attacks by Sunni Muslim militants targeting them and their churches.

Now many of those who held out and remained may be giving up completely after fighters belonging to the Islamic State of Iraq and the Levant swept over the city of Mosul and a broad swath of the country the past week.

“I’m not going back,” said Lina, who fled Mosul with her family as the militants swept in and came to Alqosh, about 50 kilometers (31 miles) to the north.

“Each day we went to bed in fear,” the 57-year-old woman said, sitting in a house for displaced people. “In our own houses we knew no rest.” Like other Christians who fled here, she spoke on condition she be identified only by her first name for fear for her safety.

In leaving, the Christians are emptying out communities that date back to the first centuries of the religion, including Chaldean, Assyrian and Armenian churches. The past week, some 160 Christian families — mosly from Mosul — have fled to Alqosh, mayor Sabri Boutani told The Associated Press, consulting first on the number with his wife by speaking in Chaldean, the ancient language spoken by many residents.

Alqosh, dating back at least to the 1st century BC, is a jumble of pastel-painted homes nestled at the base of a high craggy hill among rolling plains of wheat fields. The village’s population of 6,000 is about half Christian and half ethnic Kurds. Located just outside the autonomous Kurdish zone of northern Iraq, Kurdish fighters known as peshmerga have moved into the town to protect it.

Many Christians are deciding that the comparatively liberal and prosperous Kurdish regions are their safest bet.

“Every Christian prefers to stay in Kurdistan,” said Abu Zeid, an engineer. He too said he wouldn’t be going back to Mosul.

“It’s a shame because Mosul is the most important city in Iraq for Christians,” he added. Mosul is said to be the site of the burial of Jonah, the prophet who tradition says was swallowed by a whale.

Iraq was estimated to have more than 1 million Christians before the 2003 invasion and topping of Saddam Hussein. Now church officials estimate only 450,000 remain within Iraq borders. Militants have targeted Christians in repeated waves in Baghdad and the north. The Chaldean Catholic cardinal was kidnapped in 2008 by extremists and killed. Churches around the country have been bombed repeatedly.

The exodus from Mosul — a Sunni-majority city that during the American presence in Iraq was an al-Qaida stronghold — has been even more dramatic. From a pre-2003 population of around 130,000 Christians, there were only about 10,000 left before the Islamic State fighters overran the city a week ago.

Abu Zeid estimated that now only 2,000 Christians remain in the city.

Christians who have not left Iraq completely often flee their homes to other parts of Iraq when the danger is highest in hopes of returning later.

Boutani, the mayor, said this was the sixth time in 11 years that Christians from other areas have flocked to Alqosh for refuge. He himself fled here from Baghdad in 2009 after a church bombing in the capital.

This is the third time that Adnan, a 60-year-old Mosul shoe shop owner, has sought shelter in Alqosh. He came in 2008 after a priest in Mosul was killed, then again in 2010 after rumors spread of an imminent attack on Christians. Each time, he and his family returned after Iraqi security officials guaranteed Christians’ safety.

“They said, we will protect you,” he recalled. “But now — where’s the government?”

The Vatican for years has voiced concern about the flight of Christians from the Middle East, driven out by war, poverty and discrimination.

During his recent trip to Jordan, Pope Francis met with Iraqi and Syrian Christians and denounced the wars, weapons and conflicts that have forced them from their homes.

“All of us want peace!” Francis told a gathering of refugees near the River Jordan. “I ask myself: who is selling arms to these people to make war?”

In Alqosh, the newcomers and the residents united in prayer at Sunday Mass in the Chaldean Church of the Virgin Mary of the Harvest, held by Friar Gabriel Tooma.

On the church floor was spread a mosaic made of beans, lentils, wheat and other produce from the area, assembled to commemorate the upcoming harvest. Before the service, volunteers hurried to finish the images of Jesus and Mary, and were filling out the details of Pope Francis’ face, sketched out with white beans.

“People are afraid of what’s coming next,” Tooma said. “I fear there will be a day when people will say: ‘There were once Christians in Iraq.'”

As he walked with his wife and daughter in the 7th century St Hormoz monastery, built into the hill overlooking Alqosh, Abu Zeid said he went back to Mosul on Friday to see if his house was still standing.

Some of the militants in control of the city tried to show that Christians were welcome.

Gunmen stopped him and asked if he was a Christian, Abu Zeid said. When he nodded back, a gunman told him: “Welcome to your home.”

The Chaldean church in Mosul was looted, he said, and he saw gunmen drag the accused thieves to the church and order them to return stolen property.

He and other displaced Christians highly doubt the shows of goodwill. Still, some said they have no choice but to eventually return.

“I’m 60 years old,” said Adnan, the shoe salesman. “It would be hard to start over again.”