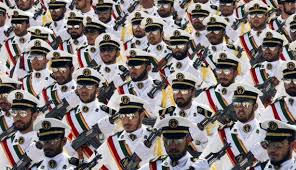 Faced with the threat of Sunni extremists eclipsing the power of Shiite-dominated Iraq, Iran sprang into action to aid its besieged Arab ally and deployed Revolutionary Guards units to Iraq, according to Iranian security sources.

At least three battalions of the Quds Forces, the elite overseas branch of the Guards, were dispatched to aid in the battle against the Islamic State of Iraq and al-Sham, an offshoot of al Qaeda rapidly gaining territory across Iraq, they said.

One Guards unit that was already in Iraq fought alongside the Iraqi army, offering guerrilla warfare advice and tactics and helped reclaim most of the city of Tikrit on Thursday.

Two Guards’ units, dispatched from Iran’s western border provinces on Wednesday, were tasked with protecting Baghdad and the holy Shiite cities of Karbala and Najaf, these security sources said.

General Qasem Sulaimani, the commander of the Quds Forces and one of the region’s most powerful military figures, traveled to Baghdad this week to help manage the swelling crisis, said a member of the Revolutionary Guards, or IRGC.

Qassimm al-Araji, an Iraqi Shiite lawmaker who heads the Badr Brigade bloc in parliament, posted a picture with Mr. Sulaimani holding hands in a room in Baghdad on his social-networking site with the caption, “Haj Qasem is here,” reported Iranian news sites affiliated with the IRGC on Wednesday. “Haj Qasem” is Mr. Sulaimani’s nom de guerre.

The rampant presence of an al Qaeda-affiliated group gaining support and territory presents Iranwith the biggest security and strategic challenge it has faced since the U.S.-led invasion of Iraq in 2003.

Iran has invested considerable financial, political and military resources over the past decade to ensure that Iraq emerged from the grip of Americans as a key Arab ally of the Islamic Republic and a strong Shiite-dominated state. The so-called Shiite crescent—stretching from Iran to Iraq, Lebanon and Syria—was forged largely as a result of this effort.

Syria’s conflict also turned Iraq into an important operational base for Iran to aid Syrian President Bashar al-Assad’s regime. Shiite militia trained by Iran, weapons and cash flowed from Iran to Syria via roads and airports in Iraq.

“Iraq is viewed as a vital priority in Iran’s foreign policy in the region and they go to any length to protect this interest,” said Roozbeh Miribrahimi, an independent Iran expert based in New York.

Iran has also positioned troops on full alert along its border with Iraq and has given clearance to its air force to bomb ISIS rebel forces if they come within 100 kilometers, or 62 miles, from Iran’s border, according to an Iranian army general.

The two IRGC battalions that moved to Iraq on Wednesday were shifted from the Iranian border provinces of Urumieh and Lorestan, the Iranian security officials said.

Revolutionary Guards units that serve in Iran’s border provinces are the most experienced fighters in guerrilla warfare because of separatist ethnic uprisings in those regions. IRGC commanders dispatched to Syria also often hail from those provinces.

In addition, it was considering the transfer to Iraq of Shiite volunteer troops in Syria, if the initial deployments fail to turn the tide of battle in favor of Mr. Maliki’s government.

At stake for Iran in the current tumult in Iraq isn’t only the survival of a Shiite political ally in Baghdad, but the safety of Karbala and Najaf, which along with Mecca and Medina are considered sacred to Shiites world-wide.

An ISIS spokesman, Abu Mohamad al-Adnani, urged the group’s Sunni fighters to march toward the “filth-ridden” Karbala and “the city of polytheism” Najaf, where they would “settle their differences” with Mr. Maliki.

That coarsely worded threat further vindicates Iran’s view that the fight unfolding in Iraq is an existential sectarian battle between the two rivaling sects of Islam-Sunni and Shiite—and by default a proxy battle between their patrons Saudi Arabia and Iran.

Iran’s President Hasa Rouhani cut short a religious celebration on Thursday and said he had to attend an emergency meeting of the country’s National Security Council about events in Iraq.

ISIS’s rapid territorial gains in the past few days appeared to have caught Iranian officials by surprise and opened a debate within the regime over whether Iran should publicly enter the battle, citing the country’s strategic interest and ideological responsibility. Iranian officials also privately expressed concern about whether Mr. Maliki was capable of handling the turmoil.

Iran’s chief of police, Esmail Ahmadi-Moghaddam said the National Security Council would consider intervening in Iraq to “protect Shiite shrines and cities,” according to Iranian media.

Public opinion in Iran and among Shiites among the region appears to support a strong intervention from Iran and its Shiite allies such as Hezbollah to defeat the growing threat of al Qaeda’s resurgence in the region. This is in contrast to Syria’s war, where opinion is sharply divided on whether or not to support the regime or the opposition.

In chat rooms and social media many Iranians have expressed fear that sectarian conflict could spill over to Iran and claimed they are willing to volunteer for fighting in Iraq.

“I am proud to go fight alongside General Sulaimani [commander of Quds Forces]. Even if you hate the Islamic Republic’s regime, you can’t fathom an alternative like al Qaeda,” said Saber, a 25-year-old member of Iran’s Basij militia.

In the short-term, analysts say that the outcome of the crisis in Iraq will only strengthen and increase the influence of Iran and the Revolutionary Guards.

“The more insecure and isolated Maliki becomes, the more he will need Iran. The growth of ISIS presents a serious threat to Iran. So it would not be surprising to see the Guards become more involved in Iraq,” said Alireza Nader, a senior policy analyst at the Rand Corp.