As Iraq disintegrates, militants are only defense against ISIL 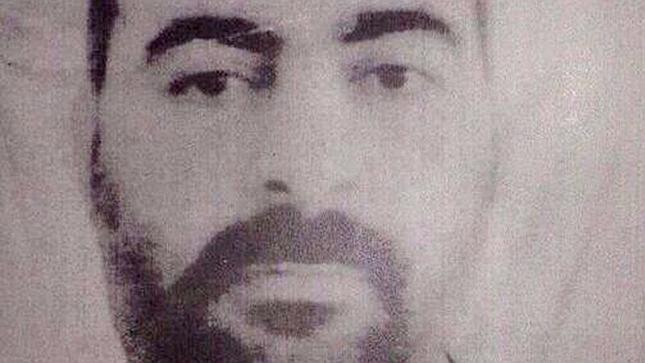 Abu Bakr al-Baghdadi has done an amazing amount – he has captured cities, he has mobilised huge amounts of people, he is killing ruthlessly throughout Iraq and Syria…. If you were a guy who wanted action, you would go with Baghdadi,” says Richard Barrett, a former counterterrorism chief with the British foreign intelligence service.
Share:

Islamist fighters pushed toward Baghdad Thursday with little interference from what remains of Iraq’s disintegrating security forces as militias tied to religious or ethnic groups stepped in to try to stop the advance.

In what looked eerily similar to predictions made when U.S. forces toppled Saddam Hussein in 2003 that Iraq eventually would descend into an ungovernable space of feuding ethnic and religious groups, only Kurdish and Shiite Muslim militias appeared to offer any real resistance to fighters from the Islamic State of Iraq and Syria.

An ad hoc coalition of Sunni Muslim tribes and militant groups opposed to the Shiite-dominated central government had joined with ISIS in the advance. Iraqi army and security forcescontinued to abandon their posts whenever confronted by the ISIS forces.

The Kurdish Regional Government in Irbil announced that its highly trained militia, the peshmerga, had taken complete control of the city of Kirkuk, which has long been a point of competition between its Arab and Kurdish residents, after the mostly Arab governmentsecurity forces fled. The move makes the Kurds’ long sought goal of control over the city a reality.

“The whole of Kirkuk has fallen into the hands of peshmerga,” Kurdish spokesman Jabbar Yawar told Reuters. “No Iraqi army remains in Kirkuk now.”

In the majority Sunni Muslim town of Samara, where the bombing of a Shiite shrine in 2006 triggered a bloodletting that killed thousands, the timely arrival of Shiite militia fighters from Baghdad, 70 miles away, appeared to have stopped a major push by ISIS fighters early Thursday to capture the town, according to Iraqi television reports based on residents interviewed by telephone.

With the U.S.-funded and trained security forces in collapse, Iraqi leaders called for citizens to take up arms to defend their neighborhoods _ an invitation, many believe, that will result in the kind of bloodshed that dominated Iraq during a bitter Sunni-Shiite conflict that reigned there from 2006 to 2008.

It was during that period that Shiite militias, with help from Iraqi security forces loyal to the Shiite-led government that came to power in U.S.-sponsored elections, effectively cleansed key parts of Baghdad of Sunnis. That reduced the violence, but left millions of Iraqi Sunnis of all political stripes angry, fearful and disenfranchised from their government.

That residual anger has helped drive the offensive by the Islamic State, which on Monday swarmed into Mosul, Iraq’s second largest city, then pushed south, seizing a number of critical towns along the country’s main north-south highway, including Tikrit, the birthplace of Saddam.

Powerful Shiite cleric Muktada al Sadr, whose Mahdi Army militia vexed American troops for years, said Wednesday that he would order his mostly disbanded fighters into battle only to defend Shiite holy sites and not the government. But a slew of other Shiite militias currently loyal to the government are stepping into the fray.

Asa’ib al Haq, or “the League of Righteousness,” deployed its fighters, trained and equipped by Iran and their Lebanese allies Hezbollah, into key areas around Samara and Baghdad in an effort to halt the advance, while the Badr Brigades, a militia commanded by the mainstream Badr Organization political party of Hadi al Amiri, sent fighters to Shiite areas in preparation for any ISIS push into Baghdad or key population centers.

Speaking by instant messaging from Lebanon, a Hezbollah commander, who does not have permission to speak to journalists and asked not to be named, said that for the time being his group would continue to focus on protecting the government of Syrian President Bashar Assadand the Lebanese border from insurgent groups, but that he expected many of the hundreds of Iraqi fighters currently aligned with the regime in Syria to return home to face this new Sunni threat.

The possibility of Iran intervening to defend the Iraqi government also was raised by Iranian President Hassan Rouhani in a speech televised live on the situation in Iraq.

“For our part, as the government of the Islamic Republic of Iran … we will combat violence, extremism and terrorism in the region and the world,” he said.

“[ISIS] is an extremist, terrorist group that is acting savagely,” he said, promising support for the Iraqi government in the increasingly vicious fight.