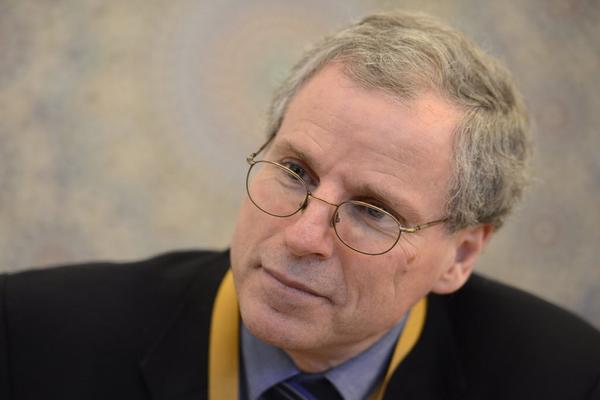 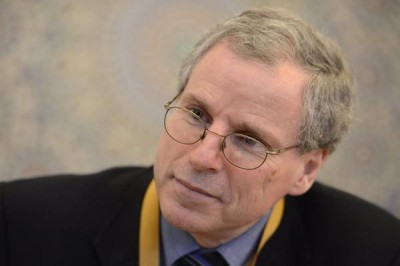 In February, I resigned as the American ambassador to Syria, after 30 years’ foreign service in Africa and the Middle East. As the situation in Syria deteriorated, I found it ever harder to justify our policy. It was time for me to leave.

The media attention about my departure, however, misses the real point. What matters is that the regime of President Bashar al-Assad can drop barrel bombs on civilians and hold sham elections in parts of Damascus, but it can’t rid Syria of the terrorist groups now implanted in the ungoverned regions of eastern and central Syria.

Both Mr. Assad and the jihadists represent a challenge to the United States’ core interests. Mr. Assad heads a regime that is an affront to human decency, and his vicious tactics have caused a flood of refugees that could destabilize the region.

Al Qaeda offshoots that joined the war now pose a potential threat to our security, as the directors of national intelligence and the Federal Bureau of Investigation have warned. These extremists enjoy a sanctuary from which they may mount attacks against Europe or the United States.

Americans can be proud that we have provided over $2 billion in humanitarian aid to help Syrian refugees. But this is treating symptoms, not the disease. We must have a strategy that deals with both Mr. Assad and the jihadists.

We don’t need American airstrikes in Syria, and we certainly don’t need American troops there. But with partner countries from the Friends of Syria group like France, Britain, Germany, Turkey, Qatar and Saudi Arabia, we must ramp up sharply the training and material aid provided to the moderates in the armed opposition.

Over the past two years, I met fighters from the Free Syrian Army many times. These men were not angels: Many were former regime officers; all had military experience. In a memorable meeting last November, we exchanged barbs for hours, but they made clear that they did not accept Al Qaeda’s philosophy. They acknowledged that they would ultimately have to fight Al Qaeda and the foreign jihadis.

They agreed to negotiate with the regime, while holding firm that Mr. Assad must go. Yet they doubted they could extract concessions given their current level of material support, and the talks in Geneva in January and February proved them right. The message from last week’s election is that governing Damascus and part of a failed state counts as a victory for Mr. Assad even if his prospects for vanquishing the opposition are negligible.

Some have argued that the easier course is to accept that Mr. Assad is entrenched in the capital and work with his regime to contain and eliminate the terrorist groups in Syria. This would not benefit American security.

I met Mr. Assad twice. He was suave, but three years after the peaceful protests started, his record of relying on horrific brutality to maintain power is clear. Moreover, his regime has a history of implicit cooperation with Al Qaeda, as we saw in Iraq. This is not a man with whom the United States should align itself.

Mr. Assad now depends on Iran and Hezbollah for his survival, and Iran’s influence in Syria is likely to remain as long as Mr. Assad does. Hezbollah, though, is unlikely to fight to clear eastern Syria of jihadists. None of this serves American interests.

To be sure, there is no military solution, but it is possible to salvage something in Syria by preparing the conditions for a genuine negotiation toward a new government. And that requires empowering the moderate armed opposition.

First, the Free Syrian Army needs far greater material support and training so that it can mount an effective guerrilla war. Rather than try to hold positions in towns where the regime’s air force and artillery can flatten it, the armed opposition needs help figuring out tactics to choke off government convoy traffic and overrun fixed-point defenses.

To achieve this, the Free Syrian Army must have more military hardware, including mortars and rockets to pound airfields to impede regime air supply operations and, subject to reasonable safeguards, surface-to-air missiles. Giving the armed opposition these new capabilities would jolt the Assad military’s confidence.

Even Iran would have to consider the safety of its supply flights. That caution would inform Iranian thinking and might even stir Tehran to join us in pushing for serious negotiations.

Cash for small salaries, together with reliable supplies of food, medicine and ammunition, would also put the moderate armed forces on an equal footing with the Qaeda groups that have long offered these enticements to recruit Syrian fighters. The Free Syrian Army commanders often pleaded with me for such basic items.

Boosting aid has to be part of an understanding that the opposition must make big changes, too. Most important, the sectarianism among the Syrian opposition hinders a political deal. Punishing fighters who have killed and kidnapped on a sectarian basis would help convince the weary supporters of Mr. Assad that they could trust opposition hands that reached out across the negotiating table.

The opposition leadership outside Syria must also coordinate better with the activists and fighters on the ground. I served as a diplomat in Iraq for nearly five years, and we saw there how little sway expatriate oppositionists carried.

We don’t have good choices on Syria anymore. But some are clearly worse than others. More hesitation and unwillingness to commit to enabling the moderate opposition fighters to fight more effectively both the jihadists and the regime simply hasten the day when American forces will have to intervene against Al Qaeda in Syria.

Robert S. Ford, a resident scholar at the Middle East Institute in Washington, was the United States ambassador to Syria from 2010 to 2014.