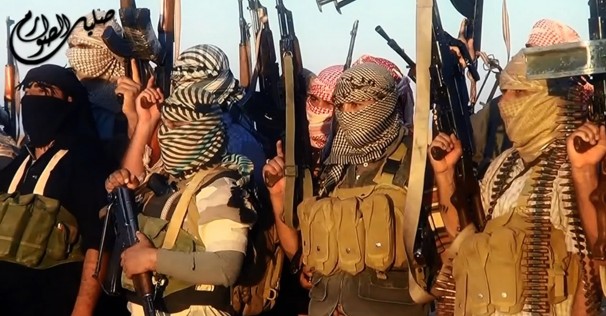 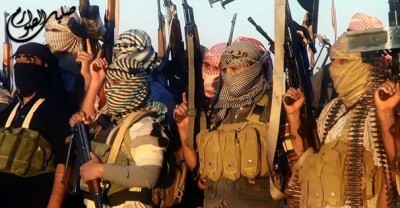 BY TERRENCE MCCOY
Of the many stunning revelations to emerge out of the wreckage of Mosul on Wednesday — 500,000 fleeing residents, thousands of freed prisoners, unconfirmed reports of “mass beheadings” — the one that may have the most lasting impact as Iraq descends into a possible civil war is that the Islamic State of Iraq and Syria just got extremely rich.

As insurgents rolled past the largest city in northern Iraq, an oil hub at the vital intersection of Syria, Iraq and Turkey, and into Tikrit, several gunmen stopped at Mosul’s central bank. An incredible amount of cash was reportedly on hand, and the group made off with 500 billion Iraqi dinars — $425 million.

The provincial governor of Nineveh, Atheel al-Nujaifi, said that the radical Islamists had lifted additional millions from numerous banks across Mosul, as well as a “large quantity of gold bullion,” according to the International Business Times, which called ISIS the “World’s Richest Terror Force.”

The declaration isn’t an easy one to fact-check. Not only is the definition of “terrorist” nebulous — are murderous but wealthy Mexican cartels terrorists? — it’s also exceedingly difficult to quantify a terrorist organization’s finances. One of the closest stabs anyone has made comes from the well-versed Money Jihad.

According to its analysis, which drew on journalistic and academic accounts, the cash seizure would make ISIS the richest terrorist organization in the world — at least for the time being.

The newfound wealth at ISIS’s disposal now makes it richer than many small nations, including Nauru, Tonga and the Marshall Islands.

For a terrorist group that operates more and more like a de facto state governing a huge swath of land spilling across Syria and Iraq, the potential impact could be huge. By nearly every measure, Iraq is embroiled in civil war. With lightning speed, not deterred by Iraqi soldiers running scared, the insurgency on Wednesday moved within 70 miles of Baghdad, which analysts say is “definitely vulnerable,” according to The Washington Post’s Liz Sly and Loveday Morris.

Iraq Prime Minister Nouri al-Maliki called a national state emergency and said in a televised news conference that “Iraq is undergoing a difficult stage.” He called on everyone in the government “to confront this vicious attack, which will spare no Iraqi.”

Complicating that call to action, however, is ISIS’s money. It will “buy a whole lot of Jihad,” regional analyst Brown Moses wrote on Twitter. “For example, with $425 million, ISIS could pay 60,000 fighters around $600 a month for a year.”

According to research by the intelligence consultancy Soufan Group, ISIS may not have much trouble attracting that many fighters — if it doesn’t have that many already. Soufan Group said ISIS has attracted 12,000 militants from abroad already, 3,000 of whom are from the West.

Iraqi government forces, meanwhile, appear deflated and disillusioned. “The state is weak,” one infantryman told the New York Times. “This will be an endless battle.”

Another officer conceded to the Independent that “we can’t beat them. They’re trained in street fighting and we’re not. We need a whole army to drive them out of Mosul. They’re like ghosts; they appear to hit and disappear within seconds.”

Iraqi officials stress need for al-Qaida-inspired militants to be pushed out. They are calling on residents of Mosul to help Iraqi troops in fight against terrorist attacks.