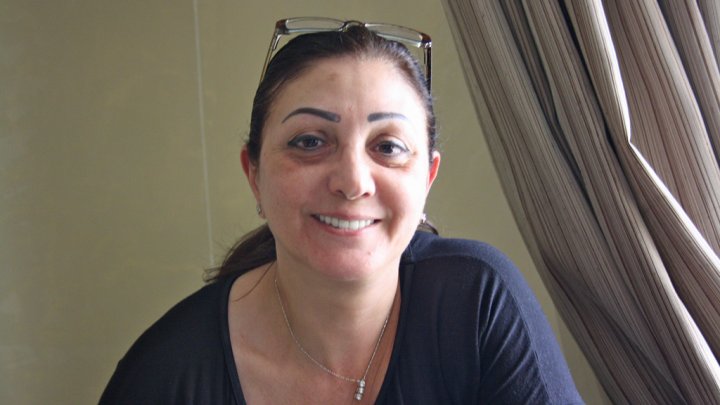 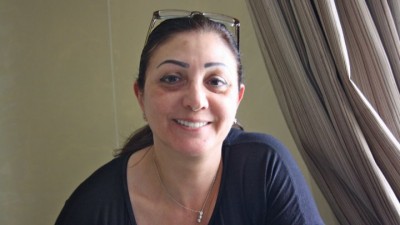 Early June in the Jordanian capital, Amman. A short distance away from the Syrian embassy, a group of activists is staging a rally against Syrian President Bashar al-Assad’s landslide election win.

Among them is Majd Jadaan, a businesswoman in her fifties from Syria’s Sunni upper middle class.

With the three-starred flag of the Syrian opposition wrapped around her neck, she holds up a banner reading “No”.

Majd is a committed opponent of the Syrian regime. But her family history has led her to the very heart of Syria’s ruling dynasty: her sister Manal is wife to Maher al-Assad, the president’s brother.

Ten years after her sister’s wedding, Majd is unlikely to forget that day – least of all when a furious Bashar al-Assad waved a knife in her face because she had dared contradict him.

“He thinks he’s intelligent but he is surrounded only by people who think the same way as him. They are also guilty because they sustain him in the illusion that he is making good decisions,” she told FRANCE 24.

Nothing in Majd’s upbringing had prepared her for life with the Assads.

Her father, Tawfiq Jadaan, was part of Syria’s ruling class when Hafez al-Assad, the current president’s father, seized power in 1971.

As the authoritarian regime consolidated its grip, Tawfiq Jadaan joined the opposition.

Hounded by the new authorities, he fled to Saudi Arabia then to the UK, where he made his fortune in finance.

Majd followed her father to London, where she completed her studies in interior design.

Life in exile with her father helped shape her political awareness.

“He would often speak to me about Syria and his political struggle,” she says of her father.

Little did she know, at the time, that she would one day be propelled to the very heart of the Assad regime.

‘Bashar is the presentable figure, Maher the face of repression’

In 1984, her sister Manal met Maher al-Assad through mutual friends.

While Majd and her father fiercely opposed the match, her mother and brother encouraged it.

Despite their links to the opposition, the Jadaan family gained the right to return to Syria in the early 1990s.

Majd finally accepted the union, which took place in 2003, 20 years after the couple first met.

Ten days later, her father died of a heart attack.

It is at this time that Majd became closely acquainted with the Assad clan.

As she sees it, “Bashar is the presentable figure, the civilian face of the regime, while Maher is the face of repression.”

In 2011, the EU imposed sanctions on Maher al-Assad, whom it identified as the “principle overseer of repression against demonstrators”.

Majd describes him as an ill-tempered, devious authoritarian. “He is like his father, Hafez: he knows how to destroy; he knows how to kill and then lie to appear innocent,” she rails.

‘It won’t be possible to rebuild Syria with the Assads’

Majd says she saw the Assads’ true nature when she planned to found a private school in 2001.

A law was passed giving her permission to create the establishment. But the procedure, she claims, was intended above all to trap her: “On one page, [it made out that] I was guilty of committing an offence, and on the next, I was within all legal requirements.”

From then on, she found herself at the mercy of the Assads. At any moment, they could decide to cast her on the wrong side of the law.

“Everything is like that in Syria; they make the law to serve themselves. They are not working to develop the country.”

Soon, her relations with the Assad brothers deteriorated. In 2008 she fled to the United States.

Three years later, as the uprising against Assad began in Syria, family rifts deepened and Majd severed all ties with her sister.

For nearly a year, Majd has been campaigning in Jordan with the Syrian opposition.

She believes the rebels will ultimately succeed in their struggle against the regime.

“We have already won. It won’t be possible to rebuild Syria with the Assads. There have been too many murders, too many massacres” she says.