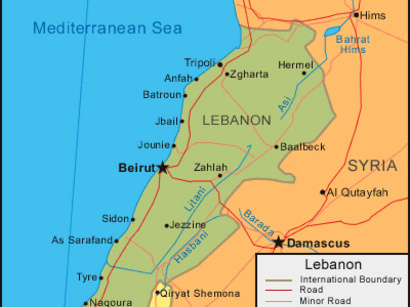 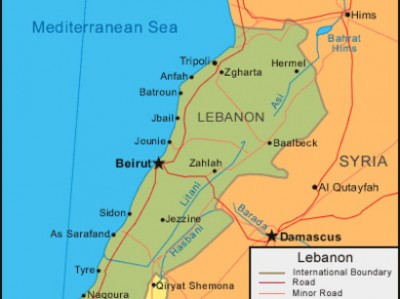 The shelling of  the Syrian  towns located near the border with Lebanon by  the Syrian regime  warplanes  has reportedly  intensified, and the sound of shelling and bombings could be heard in the Lebanese town of Zahle, according to  a Lebanese media reports .

According to the reports,  the Syrian warplanes have been bombing the opposition locations near the Zabadani and Serghaya mountains since Tuesday morning.

In a related development  Social Affairs Minister Rashid Derbas said Wednesday that Lebanon would only receive refugees fleeing from Syrian regions near its border, but not those coming from areas at a considerable distance.

“The criterion for receiving refugees is clear under the international convention to which we subscribe,” Derbas told the Voice of Lebanon radio station. “Refugees coming from areas near the Lebanese border will be received, but we will not accept any refugee coming from areas far from the border.”

Derbas said the Lebanese government had been dealing with the Syria conflict as a humanitarian one, when it was in fact a political matter.

“We no longer accept that the Syrian crisis should be dealt with as a humanitarian issue,” he said. “It’s a political issue that the Lebanese government as well as the international and Arab communities have failed to handle properly.”

Lebanon already hosts more than a million Syrian refugees and nearly one in four Lebanon residents is a Syrian national according to reports.

In another related development  former UN and Arab League envoy to Syria  Lakhdar Brahimi  , predicted Syria could become a “failed state” similar to Somalia. He also predicted that the conflict would “blow up” and spread beyond Syria’s borders.

Brahimi made the comments on Sunday in an interview with German newspaper Der Spiegel in one of his first interviews since stepping down.

“It will become another Somalia,” he warned. “It will not be divided, as many have predicted. It’s going to be a failed state, with warlords all over the place.”