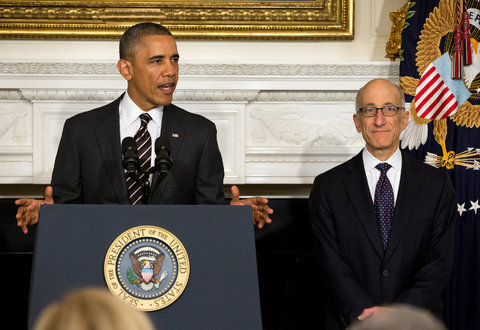 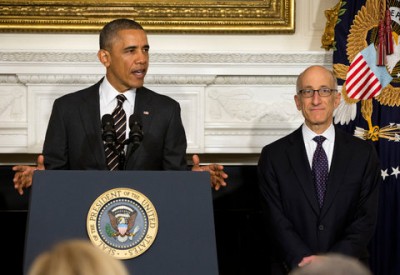 The Senate confirmed the nomination of Timothy G. Massad as chairman of the Commodity Futures Commission on Tuesday.

The chairman will take over the reins at the CFTC at a critical time. Over the past five years, the CFTC has grown from a toothless agency to one of Wall Street’s toughest watchdogs, one that President Obama has called “small but mighty.”

The chairman will lead a five-member commission.

Massad was born July 30, 1956, in New Orleans, Louisiana. His parents were the children of Lebanese immigrants. His mother, Delores Jean Razook, was a homemaker, and his father, Alexander Hamilton Massad, was an executive in the oil industry, mostly at Mobil. Timothy has a brother and a sister.

Massad earned his undergraduate degree at Harvard University in 1978. After stints working for Ralph Nader and the AFL–CIO, he returned to Harvard to earn a law degree in 1981. He then began a 25-year career as a corporate lawyer at the firm Cravath, Swaine & Moore, where he became an expert on corporate finance and derivatives.

Massad joins the CFTC after leading the Troubled Asset Relief Program (TARP). Despite the gloomy future projected by economists, Massad was able to turn the $245 billion of taxpayer cash the government sank into banks from big losses nearly everyone predicted into a $20-billion profit. He was hailed as Washington’s most powerful money manager. 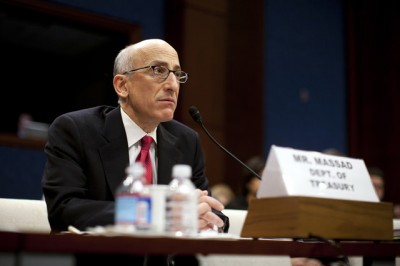 After markets began to melt down in the fall of 2008, Congress gave the Treasury Department the authority to use up to $700 billion to buy stakes in American companies—mostly banks, financial firms, and automakers—that were ensnared in the economic panic. Although officials insisted the move was necessary to prevent a second Great Depression, bailing out the same Wall Street firms that helped create the crisis—Goldman Sachs, Citibank, Bank of America—angered the public. TARP became a symbol of government overreach and helped fuel big Republican gains in the 2010 midterm elections.

The leading futures industry group said it welcomed the vote to have Massad lead the charge at CFTC.

“I’m pleased that we now have a full slate of commissioners to take on the important work ahead for the CFTC,” said Walt Lukken, chief executive of the Futures Industry Association, the main lobbying group of the futures market.

“The Dodd-Frank Act greatly expanded the scope of the CFTC’s authority, and there are still many important issues that need to be addressed in the implementation of that law,” he added.

The 2010 Dodd-Frank financial overhaul law expanded the agency’s supervisory powers over many of the complex financial instruments and derivatives that helped to precipitate the financial crisis.

In recent years the CFTC was charged with dealing with the aftermath of the collapse of the brokerage firm MF Global in 2011. It also issued record fines on banks like UBS and Barclays as part of a crackdown on the manipulation of the London interbank offered rate, or Libor.

The agency will be tasked with implementing the more than 60 rules and orders that the CFTC has issued in recent years.

Speaking at a hearing earlier this year, Mr. Massad, a former corporate lawyer and top Treasury official, indicated that enforcement would be a priority. Mr. Massad is taking over for Gary Gensler, who stepped down in early January.

“Strong enforcement is vital to maintaining the public’s confidence in our markets,” he said.