The rich are getting richer, millionaire population soars to 16 million 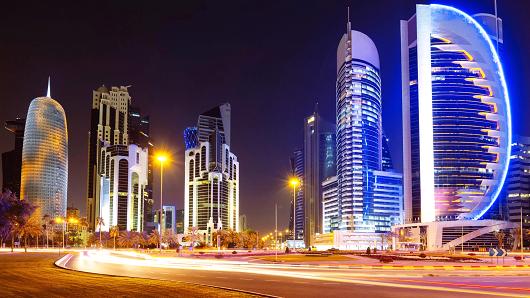 Qatar has the highest density of millionaire households, according to a new study from Boston Consulting Group. Pictured here, the skyline of Doha, Qatar.
Share:

The world added 2.6 million millionaire households last year, showing that the rich are getting richer—and far more numerous, according to a report released Monday.

The U.S. added the most millionaire households and has the highest total, with a gain of 1.1 million households last year. That brings the total to 7.135 million.

“The key challenge in developed economies is how to make the most of a large existing asset base amid volatile growth patterns,” said Brent Beardsley, a BCG senior partner and a co-author of the report. “The task in the developing economies is to attract a sizable share of the new wealth being created there. Overall, the battle for assets and market share will become increasingly intense in the run-up to 2020.”

Global financial wealth in the world rose 14.6 percent last year, to $152 trillion—nearly double the rate of growth in 2012. It’s expected to grow at least 5 percent a year over the next five years to $198 trillion, with new wealth creation (rather than returns on existing wealth) driving two-thirds of the growth.

Stocks were the biggest driver of global wealth last year, the report said, with the total wealth held in equities surging by 28 percent.