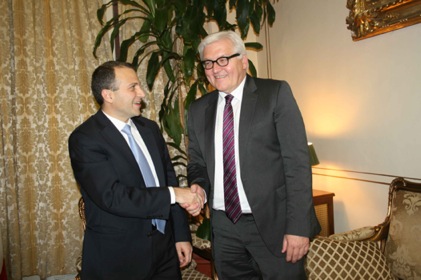 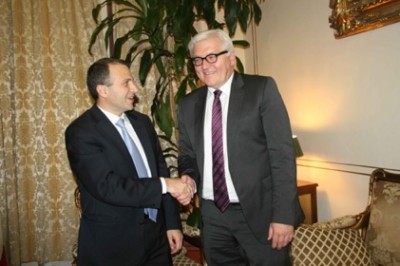 The minister was in the Lebanese capital, Beirut, for talks to address the plight of a million Syrian refugees currently living on Lebanese soil. The small Mediterranean country was last month described by the UN as being at “breaking point.”

“We realize that the war underway in Syria has posed huge challenges for Lebanon and that waves of refugees cross the border into Lebanon each day, hoping to find security but also food for their children, education and schools,” said Steinmeier.

“We discussed what can be done to help… and said that there is a possibility to convene an international conference aimed at setting up development funds to support agencies,” the minister added.

“Germany is the best place to organize this conference,” Steinmeier said, without setting a specific date. In addition to the displaced Syrians, Lebanon is also host to a similar number of longer-term Palestinian refugees.

Steinmeier’s visit coincided with a discussion at the UN about Lebanon’s failure to select a new president, which has also been linked with the Syria crisis.

The UN Security Council on Thursday released a statement expressing disappointment, urging the country’s parliament to: “uphold Lebanon’s long standing democratic tradition and to work to ensure that presidential elections take place as soon as possible and without external interference.”

The last Lebanese president, Michel Suleiman, finished his six-year term of office on Sunday, with deep divisions in parliament – which chooses the president – about who to elect by consent.

While Lebanon’s Hezbollah faction supports the Syrian President Bashar al-Assad and his regime, the opposing March 14 grouping backs the rebel movement. Parliament has convened five times in the past two months to elect a president, but each time has failed due to the lack of the necessary constitutional quorum of delegates.

The UN also echoed Steinmeier’s call for other countries to help Lebanon, emphasizing “the need for sustained international support to Lebanon in addressing the economic, security and humanitarian challenges” posed by the Syria crisis.