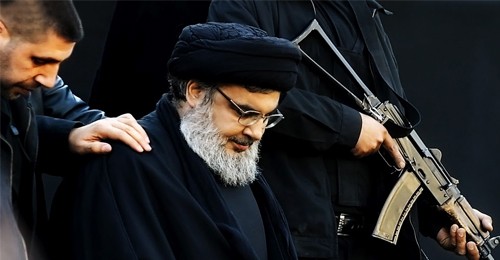 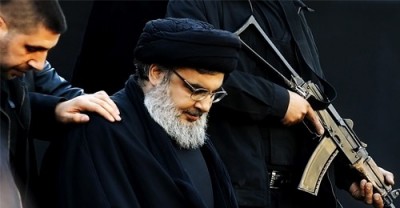 “With his usual arrogance, Sayyed Hassan Nasrallah, yesterday, came out to say – using muscle, not the intellectual language or the language of the law and order that Hezbollah does not need anyone’s protection, on the contrary it is the party that protect [others],” Lebanese Forces MP Antoine Zahra said in a statement.

Nasrallah’s insistence, he said, to disrupt Lebanon’s democratic system “and make it clear to everyone that either they bow to his demands or they don’t have a chance to lead a normal life! This is the biggest disaster we are going through in Lebanon.”

Nasrallah in his speech tried to justify why Hezbollah and allies are disrupting the election of a new president:

“We don’t mind if you say that we are disrupting the elections. This issue is a national and historical responsibility, and we don’t have a problem if you accuse us of being disruptive.”

“What’s new from Hezbollah is that he is not ready for any national, comprehensive vision and [it] has nothing to do with a supreme national interest,” Fatfat told Voice of Lebanon radio station.

Hezbollah’s only concern, he said, is to protect the interests of Iran in the region.

“His intimidation speech is clear. Nasrallah wants to impose his own conditions on all the Lebanese. Either they accept them or [there will be] no presidential elections,” Fatfat said.

Once again Lebanon is without a president, as it struggles to deal with the fallout from the civil war in neighboring Syria where thousands of Hezbollah fighters are actively trying to save the regime of the embattled president Bashar al Assad despite the Baabda accord which calls for dist

Lebanese politicians haven’t been able to agree on a successor to Suleiman, whose term ended on May 25