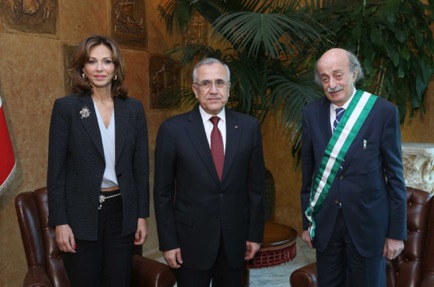 Jumblatt received the decoration, “in appreciation of the national role that he plays, his political moderation and his calls for dialogue.” NNA quoted Suleiman as saying

On his part Jumblatt said that he would miss the political approach of outgoing President Suleiman.

“We will miss President Suleiman and the political line he established,” Jumblatt was quoted as saying during the farewell ceremony for the president.

Both Suleiman and Jumblatt classify themselves as centrists.