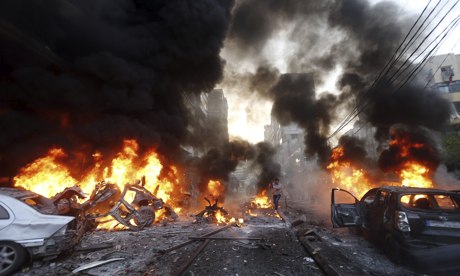 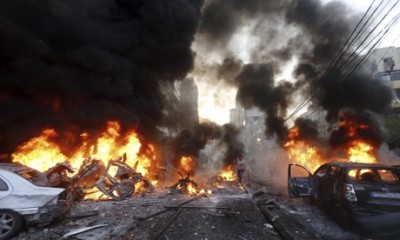 HERMEL, Lebanon — For many months, Shiite communities across Lebanon lived in fear as car bombs tore through their neighborhoods, punishing Hezbollah and its supporters for sending fighters to aid President Bashar al-Assad in the civil war in neighboring Syria.

But Hezbollah succeeded on the Syrian battlefield in chasing rebels from the border towns where many of the attacks originated. The bombings have since stopped, leaving Lebanon’s Shiites grateful for Hezbollah’s intervention and luring a new wave of aspiring young fighters to the group’s training camps.

“The situation here has changed 180 degrees,” said Saad Hamade, a scion of one of Hermel’s largest clans. “The whole story is over for us.”

While the civil war in Syria remains a grinding battle of attrition, for Hezbollah more than a year of combat has produced a new sense of purpose that extends beyond battling Israel to supporting its allies and Shiite brethren across the Middle East. And although its victories have come at great cost in lives and resources, it has also gained the rare opportunity to display its military mettle and earn fresh battlefield experience.
“The fighting in Syria could change the entire balance in the region, and Hezbollah has intervened to prevent the formation of a new balance of power against it and against Iran and its allies,” said Talal Atrissi, a Lebanese analyst who is close to the movement. “This is its strategic vision.”

But the fighting has also diluted the resources that used to go exclusively to facing Israel, has exacerbated sectarian divisions in the region, and alienated large segments of the majority Sunni population who once embraced Hezbollah as a liberation force. Some Sunnis now openly refer to the “the party of God” — Hezbollah’s name in Arabic — as “the party of Satan.”

Even Hezbollah’s supporters acknowledge that it is unclear when and how the group will be able to disengage from Syria.

At home, Hezbollah’s political opponents say its role in Syria endangers Lebanon itself. Others accuse it of straying from its mission as a bulwark against Israel. Last year, the Abdullah Azzam Brigades, an extremist Sunni group, taunted Hezbollah, daring it to “fire one bullet at occupied Palestine and claim responsibility.”

Hezbollah was founded in 1985 to fight the Israeli occupation of southern Lebanon and has since evolved into a powerful organization with a political party, a network of social services and a military force stronger than the Lebanese army.

But its intervention in Syria has marked a series of firsts for the group, whose leaders insist that their primary mission remains “resistance” to Israel and the countries that support it, like the United States.

Never before have Hezbollah guerrillas fought alongside a formal army, waged war outside of Lebanon or initiated broad offensives aimed at seizing territory. As a guerrilla force, it employed a hit-and-run approach in the past, bloodying the enemy without being drawn into extended conventional combat with a stronger military force.

It is also the first time, its enemies note, that Hezbollah has fought other Arabs and Muslims instead of Israel.

The group’s leaders dismiss the idea that they have strayed from their mission, characterizing the anti-Assad uprising as an international plot to undermine Israel’s enemies. They have also portrayed all the rebels fighting Mr. Assad as “takfiris” extremists who believe infidels should be killed — and said that they pose a threat to the whole region, not just to Shiites.

At Hezbollah funerals, mourners now follow the traditional chants of “Death to Israel!” and “Death to America!” with “Death to the takfiri!”

Reflecting the organization’s new focus, its leader, Hassan Nasrallah, has spoken of Sunni extremists and Israel as threats of similar gravity.

Analysts differ on whether Hezbollah’s intervention in Syria has left it more or less capable of confronting Israel in a war that many on both sides see as a matter of when, not if.

More than a year of continuous military engagement has allowed a new generation of fighters to gain battlefield experience. And to fight in Syra, the group has recruited large numbers of fighters and established accelerated training programs, according to residents of communities where Hezbollah holds sway.

One 21-year-old man from south Lebanon who completed a 45-day training program with Hezbollah in the Bekaa Valley said there were about 70 aspiring fighters in his group, some in their late teens. Previously, Hezbollah relied only on older men and put them through years of military training.

“The younger you are, the more excited you are to join the battles,” he said, speaking on the condition of anonymity for fear of reprisal.

Lebanese fighters who had been trained in Iran led the group through grueling physical exercises and drills on light arms, the young man said. Only half his group continued to the next stage, an eight-month program that included training with antitank missiles and other sophisticated weapons. The man left the training program, joining the Lebanese army instead.

Near his training camp, he said, was a camp for pro-government Syrian fighters — reflecting how the war has strengthened Hezbollah’s operational ties with its regional allies.

But the war has been costly, too, and shows no sign of ending.

The lampposts on the road leading to Hermel bear faded photos of Hezbollah “martyrs” killed in past wars with Israel. But in town, as in many Hezbollah communities, new banners commemorate fighters who fell in Syria as well as those killed in car bombings.

While Hezbollah has not disclosed how many people it has lost in Syria, Hisham Jabber, a retired brigadier general in the Lebanese army, estimated that a few hundred had been killed. He said the casualties had not significantly diminished the group’s fighting ability.

More important was how Hezbollah’s role in Syria would affect its standing in Lebanon, Mr. Jabbar said. While most Shiites supported its campaign against rebels along the Lebanese border who directly threatened their communities, they might resist sending their sons to die farther afield to keep Mr. Assad in power.

“They can’t convince me and they can’t convince the population in Lebanon nor the families of those young men who will be killed in Qamishli or north of Aleppo,” Mr. Jabber said, naming places in Syria far from Lebanon’s borders.

Ely Karmon, a senior researcher at the International Institute for Counter-Terrorism in Israel, said Hezbollah was overextended in Syria and was in a weaker position against Israel because it must continue to dedicate resources until there is a solid victory for Mr. Assad. And every man killed there gives Hezbollah one more family to support — a further drain on its resources.

Hezbollah appears to be aware that its military commitment could undermine its ability to challenge Israel.

But when a strike in February was determined to be in Lebanon, Hezbollah responded by detonating a bomb near an Israeli army patrol on the Lebanese border — suggesting that the group wished to maintain the current state of mutual deterrence.

“Hezbollah is very happy to play by the rules of the current game,” said Randa Slim, a fellow at the New America Foundation who studies Lebanon. “They are not interested in upending them in any way.”