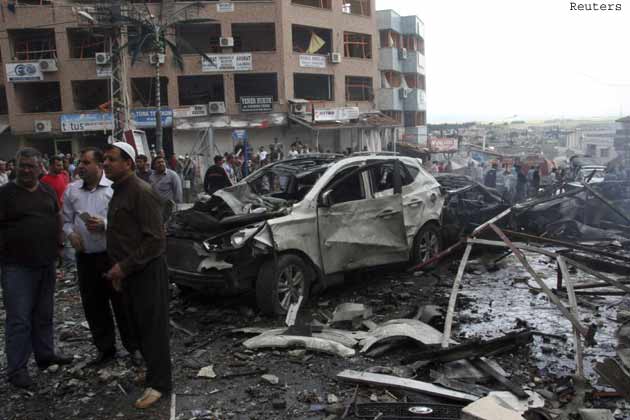 Beirut, Lebanon-  At least 162,000 people have been killed in Syria’s three-year-old conflict, a monitoring group said on Monday, and thousands more are missing after being captured by President Bashar al-Assad’s forces and rebels trying to overthrow him.

The pro-opposition, British-based Syrian Observatory for Human Rights said that losses among fighters on the government side were higher than those among pro-rebel groups, and estimated that at least 54,000 civilians had been killed since the conflict began.

It estimated 62,800 deaths among the army, pro-Assad Syrian militia, Lebanese Hezbollah fighters and other foreign Shi’ite gunmen. That compared with 42,700 people who had died on the rebel side, including fighters from al Qaeda’s Nusra Front, other Islamist brigades, and soldiers who defected from Assad’s army.

Nearly 3,000 people of unknown identity or affiliation had been killed, it said. The Observatory said that all sides in the conflict played down their losses, making an accurate count almost impossible, and the overall death toll was probably around 70,000 higher at 230,000.

Efforts to find a political solution to the conflict collapsed in Geneva three months ago and the international mediator Lakhdar Brahimi will step down at the end of the month. Assad, who has steadily clawed back control over the centre of the country, is widely expected to win a third seven-year term in a June 3 election which his enemies have condemned as a charade.

The Observatory said that its figures did not include 18,000 people who had been detained by authorities and whose fate was unknown, as well as thousands more who were missing after raids by security forces.

Another 8,000 soldiers and pro-Assad militia were also missing after being held by rebels and hundreds of people had been kidnapped, it said. A further 1,500 fighters were abducted during inter-rebel conflict.