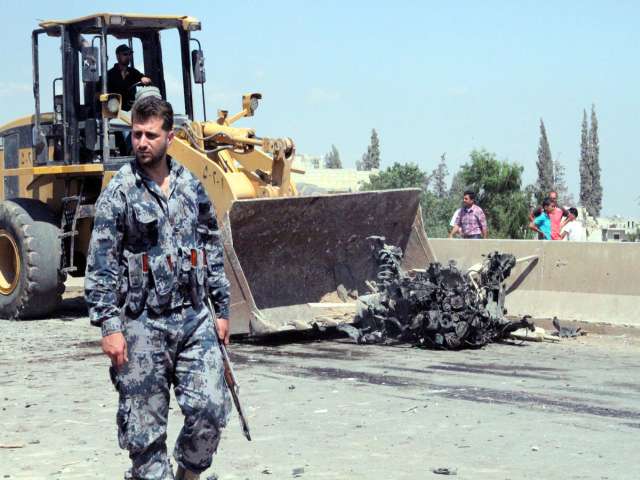 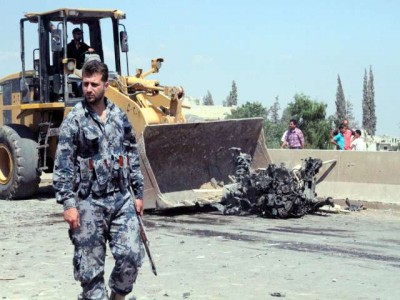 The head of Syria’s air defences has died amid fighting near Damascus.

Gen Hussein Ishaq was said to have been wounded as rebels attacked an air defence base near the town of Mleiha on Saturday and later died.

He is one of a handful of high-ranking military officers to be killed in the country’s civil war.

Rebels are fighting to depose President Bashar al-Assad’s regime in a bloody conflict that began three years ago.

Despite the war, the government plans to hold a presidential election next month in the areas under its control.

The air defence forces’ headquarters is in a fiercely contested area of the current fighting around Damascus, AFP news agency reports.

The rebels do not have an air force, the agency adds, so forces under Gen Ishaq’s command have rarely been deployed for air defence.

For more than a month the Syrian army, backed by Lebanese Shia militant group Hezbollah, has been fighting to force the rebels out of Mleiha.

The Observatory said that despite initial regime advances in Mleiha, the rebels have recovered ground, retaking several buildings around the central town hall.

The army is completely in control of Damascus, but rebels still hold several towns and villages on the outskirts of the city despite blockades, air strikes and shelling.

More than 150,000 people have been killed since the war began and millions more have become refugees.