In Crimea seizure Russia robs Ukraine of $ trillions in resources 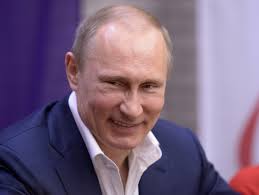 When Russia seized Crimea in March, it acquired not just the Crimean landmass but also a maritime zone more than three times its size with the rights to underwater resources potentially worth trillions of dollars.

Russia portrayed the takeover as reclamation of its rightful territory, drawing no attention to the oil and gas rush that had recently been heating up in the Black Sea. But the move also extended Russia’s maritime boundaries, quietly giving Moscow dominion over vast oil and gas reserves while dealing a crippling blow to Ukraine’s hopes for energy independence.

Moscow did so under an international accord that gives nations sovereignty over areas up to 230 miles from their shorelines. Russia had tried, unsuccessfully, to gain access to energy resources in the same territory in a pact with Ukraine less than two years earlier.

“It’s a big deal,” said Carol R. Saivetz, a Eurasian expert in the Security Studies Program of the Massachusetts Institute of Technology. “It deprives Ukraine of the possibility of developing these resources and gives them to Russia. It makes Ukraine more vulnerable to Russian pressure.”

Gilles Lericolais, the director of European and international affairs at France’s state oceanographic group, called Russia’s annexation of Crimea “so obvious” as a play for offshore riches.

Exxon Mobil, Royal Dutch Shell and other major oil companies have already explored the Black Sea, and some petroleum analysts say its potential may rival that of the North Sea. That rush, which began in the 1970s, lifted the economies of Britain, Norway and other European states.

William B. F. Ryan, a marine geologist at the Lamont-Doherty Earth Observatory of Columbia University, said Moscow’s Black Sea acquisition gave it what are potentially “the best” of that body’s deep oil reserves.

In Moscow, a spokesman for President Vladimir V. Putin said there was “no connection” between energy resources and Russia’s annexation of Crimea, adding that Russia did not even care about the oil and gas. “Compared to all the potential Russia has got, there was no interest there,” the spokesman, Dmitry Peskov, said Saturday.

In Crimea, however, Russia has already taken over the Crimean arm of Ukraine’s national gas company, oil analysts said, instantly giving it exploratory gear on the Black Sea.

The global hunt for fossil fuels has increasingly gone offshore, to places like the Atlantic Ocean off Brazil, the Gulf of Mexico and the South China Sea. Hundreds of oil rigs dot the Caspian, a few hundred miles east of the Black Sea.

Nations divide up the world’s potentially lucrative waters according to guidelines set forth by the 1982 Law of the Sea Treaty. The agreement lets coastal states claim what are known as exclusive economic zones that can extend up to 200 nautical miles (or 230 statute miles) from their shores. Inside these zones, states can explore, exploit, conserve and manage deep natural resources, living and nonliving.

The countries with shores along the Black Sea have long seen its floor as a potential energy source, mainly because of modest oil successes in shallow waters.

Just over two years ago, the prospects for huge payoffs soared when a giant ship drilling through deep bedrock off Romania found a large gas field in waters more than half a mile deep.

In April 2012, Mr. Putin, then Russia’s prime minister, presided over the signing of an accord with Eni, the Italian energy giant, to explore Russia’s economic zone in the northeastern Black Sea. Dr. Ryan of Columbia estimated that the size of the zone before the Crimean annexation was roughly 26,000 square miles, about the size of Lithuania.
“I want to assure you that the Russian government will do everything to support projects of this kind,” Mr. Putin said at the signing, according to Russia’s Interfax news agency.

A month later, oil exploration specialists at a European petroleum conference made a lengthy presentation, the title of which asked: “Is the Black Sea the Next North Sea?” The paper cited geological studies that judged the waters off Ukraine as having “tremendous exploration potential” but saw the Russian zone as less attractive.

In August 2012, Kiev announced an accord with an Exxon-led group to extract oil and gas from the depths of Ukraine’s Black Sea waters. The Exxon team had outbid Lukoil, a Russian company. Ukraine’s state geology bureau said development of the field would cost up to $12 billion.

“The Black Sea Hots Up,” read a 2013 headline in GEO ExPro, an industry magazine published in Britain. “Elevated levels of activity have become apparent throughout the Black Sea region,” the article said, “particularly in deepwater.”

When Russia seized the Crimean Peninsula from Ukraine on March 18, it issued a treaty of annexation between the newly declared Republic of Crimea and the Russian Federation. Buried in the document — in Article 4, Section 3 — a single bland sentence said international law would govern the drawing of boundaries through the adjacent Black and Azov Seas.

Dr. Ryan estimates that the newly claimed maritime zone around Crimea added about 36,000 square miles to Russia’s existing holdings. The addition is more than three times the size of the Crimean landmass, and about the size of Maine.

At the time, few observers noted Russia’s annexation of Crimea in those terms. An exception was Romania, whose Black Sea zone had been adjacent to Ukraine’s before Russia stepped in.

“Romania and Russia will be neighbors,” Romania Libera, a newspaper in Bucharest, observed on March 24. The article’s headline said the new maritime border could become a “potential source of conflict.”

Many nations have challenged Russia’s seizing of Crimea and thus the legality of its Black and Azov Sea claims. But the Romanian newspaper quoted analysts as judging that the other states bordering the Black Sea — Georgia, Turkey, Bulgaria and Romania — would tacitly recognize the annexation “in order to avoid an open conflict.”

Most immediately, analysts say, Moscow’s seizing may alter the route along which the South Stream pipeline would be built, saving Russia money, time and engineering challenges. The planned pipeline, meant to run through the deepest parts of the Black Sea, is to pump Russian gas to Europe.

Originally, to avoid Ukraine’s maritime zone, Russia drew the route for the costly pipeline in a circuitous jog southward through Turkey’s waters. But now it can take a far more direct path through its newly acquired Black Sea territory — if the project moves forward. The Ukraine crisis has thrown its future into doubt.

As for oil extraction in the newly claimed maritime zones, companies say their old deals with Ukraine are in limbo, and analysts say new contracts are unlikely to be signed anytime soon, given the continuing turmoil in the region and the United States’ efforts to ratchet up pressure on Moscow.

“There are huge issues at stake,” noted Dr. Saivetz of M.I.T. “I can’t see them jumping into new deals right now.”

Washington is using its wherewithal to block Russian moves in the maritime zones. Last month, it imposed trade restrictions on Chernomorneftegaz, the breakaway Crimean arm of Ukraine’s national gas company.

Eric L. Hirschhorn, Washington’s undersecretary of commerce for industry and security, said sanctions against the Crimean business would send “a strong message” of condemnation for Russia’s “incursion into Ukraine and expropriation of Ukrainian assets.”