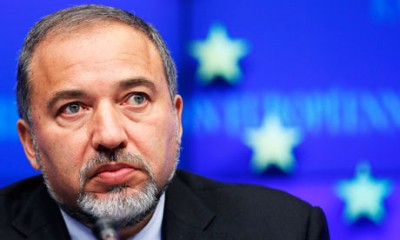 A senior member of Prime Minister Benjamin Netanyahu’s government hinted on Saturday that Israel was involved in back-channel contacts with Palestinian and Arab officials despite the collapse of U.S.-brokered peace negotiations last month.

“I think that it’s true that she met (him),” Lieberman told Israel’s Channel 2 television when asked about a report the same station had broadcast on Friday saying the two had met.

Lieberman insisted it had been “a private meeting” and did not mean negotiations had resumed, though his comments were the first official confirmation that the sides were still in direct contact despite the suspension of formal diplomacy.

Livni has confirmed she visited London but aides have declined comment on reports that she met Abbas there. Abbas has also made no comment.

Lieberman said Israel was sticking by its decision of last month to suspend formal talks with the Palestinians over Abbas’s deal to forge a unity government with Hamas in the Gaza Strip. The Islamist group rejects dialogue with the Jewish state.

The negotiations renewed under the tutelage of Secretary of State John Kerry in July were already teetering towards failure.

Lieberman said “there is no stagnation” in diplomacy despite the negotiations’ formal end last month.

“The fact there are no negotiations with Abu Mazen (Mahmoud Abbas) doesn’t mean there aren’t other things” taking place, he said, suggesting Israel should seek out other figures, including in the Arab business world, as potential partners and dismissing the possibility of a deal with Abbas.

“We must play along the length and breadth of the playing field,” he said.

Netanyahu has also hinted at seeking a way to break the diplomatic deadlock. Haaretz daily said on Friday he planned to consult with cabinet ministers about alternative courses of action.