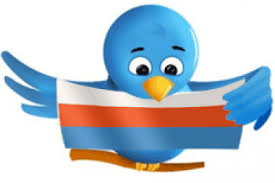 Russia’s internet regulator has threatened to block Twitter, in the most detailed warning on the options Moscow is considering in its efforts to tighten restrictions over the internet.

“We can block Twitter or Facebook in Russia tomorrow within a few minutes,” Maksim Ksenzov, deputy head of Roskomnadzor, the telecom, IT and communications supervisory agency, said in an interview published by daily newspaper Izvestia on Friday.

“If at any point we believe that the consequences of ‘switching off’ social networks will be less significant than the damage done to Russian society by the unconstructive position of the leadership of international companies, we will do what we have to under the law,” he added.

The remarks come as bloggers, civil rights advocates and internet companies are fretting over legal amendments which could transform Russia’s so far freewheeling online sphere into a much more controlled space.

In February, the General Procurator’s Office was given the right to order blockages of web pages without court rulings, a power which it has begun to use extensively. Last month, parliament passed another law which treats bloggers with more than 3,000 Twitter followers as if they were media, imposing a registration requirement. The same law also makes bloggers responsible for the accuracy of any content published and includes a requirement for all internet services offered in Russia to store user data in the country. The government was given the power to fine or block those who fail to comply.

So far, many in the industry and the media believe that the implementation of the new rules will fall short of the threat of reducing the Russian-language web to an ‘intranet’ cut off from the world wide web, as it is the case in China.

“The laws are written badly, and many of the people who want to establish a separate national internet just don’t know what they are talking about,” said a senior executive at a Russian group with operations in internet and telecoms. He added that Russia had neither the resources nor the expertise to build the massive server and software infrastructure needed to operate a firewall as effective as the Chinese one.

Igor Yakovenko, former head of the Russian Journalists Association, said it would also be impossible to drastically restrict internet content as Russia’s public, contrary to the Chinese, has been used to largely free information flows and debate online.

It became clear on Friday that the debate over how far to take the new controls is far from over. Within a few hours after Mr Ksenzov’s interview was published, Dmitry Medvedev, prime minister, wrote on Facebook that as an active user of social networking sites, he believed that the Russian legislation needed to take into account the interests of all sides, including social networks and their users.

“For individual officials in charge of the development of the sector, it is necessary to sometimes use their brains, and not give interviews in which they talk about the closure of social sites,” he wrote.

Ilya Ponomarev, a member of the parliamentary committee for economic policy, innovation and entrepreneurship and a critic of president Vladimir Putin, said the new regulations were likely to be applied “very selectively”.

And yet, the comments from the regulator reflect the administration’s unease with the current form of the internet in Russia – a view shared by Mr Putin, who last month called the internet a project of the CIA and complained that Russia must free itself from foreign forces trying to control it.