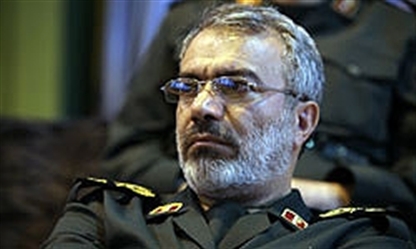 A top Iranian naval commander said that he is prepared to order suicide attacks, drone strikes, and missile technology to “destroy the U.S. Navy” in any upcoming confrontation, according to an interview printed in Iran’s state-run media.

Iranian Naval Commander Rear Admiral Ali Fadavi, a member of Iran’s elite Islamic Revolutionary Guard Corps (IRGC), said that Iran is constantly training and preparing for a clash with the United States,according to a recounting of his remarks provided by the Middle East Media Research Institute (MEMRI).

Fadavi revealed that Iran “compensates for its technological inferiority to the United States with a strategy of asymmetrical warfare, including suicide attacks and the use of speedboat and its missile capability,” according to MEMRI.

Additionally, Fadavi revealed that on “at least” three occasions senior U.S. officials have contacted Iran to establish a telephone hot line like the one used between the Soviet Union and the United States during the Cold War era.

Fadavi’s military threats come amid a massive military buildup by Iran, which claims to have duplicated and armed a downed U.S. drone and to have developed advanced ballistic missiles that could be capable of carrying a nuclear payload.

Fadavi additionally revealed in another interview earlier this month that the IRGC is preparing to use drones to perform suicide attacks and also arming drones to fire missiles.

While the United States possesses advanced military equipment, “these weapons are ineffective against a new [Iranian] strategy relying on faith, on a desire for martyrdom, and on [Iran‘s] unique speedboats,” Fadavi said.

Iran will “not allow the U.S. to act against it from its bases in the Persian Gulf countries,” according to Fadavi, who claimed that U.S. forces in the region are being careful “not to cause a flare-up in the region because they know that they will lose in any potential conflict with Iran,” according to MEMRI’s report on Fadavi’s remarks.

“U.S. naval forces in the region,” Fadavi claimed, “are obeying the orders of the IRGC” and “fear that Iranian vessels or missiles will target them.”

Iran maintains close conduct with its regional neighbors and will act to prevent the U.S. Navy from acting in the Persian Gulf, according to Fadavi.

Iran is also keeping a close eye on U.S. aircraft carriers, which a range of Iranian military officials have discussed destroying in recent weeks and months.

“The American aircraft carriers, which are the symbol of American military might, are under full oversight of the IRGC,” Fadavi was quoted as saying by MEMRI.

“The Americans and the rest of the world know that one of the IRGC navy’s operational goals is to destroy the U.S. Navy,” he said.

Fadavi additionally revealed that Iran has, “for many years now,” been building “models of American destroyers, cruisers, and frigates, and sinking them.”

“The Americans do not know most of the details, and their research institutes have presented very rough data regarding the scale models of aircraft carriers that we are building,” Fadavi said, adding that the Iranian navy can sink these duplicated U.S. ships “within 50 seconds.”