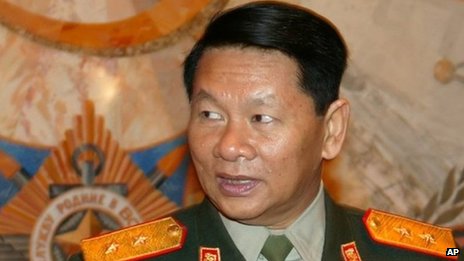 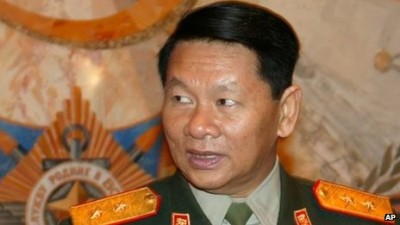 Laos Defence Minister and Deputy PM Douangchay Phichit has been killed along with other senior officials in a plane crash.

The military aircraft came down in a wooded area of the northern province of Xiangkhouang, nearly 500km (311 miles) from the capital Vientiane.

The Laotian news agency and the Thai foreign ministry said the minister and his wife had died in the crash.

Up to 20 people were believed to be on board.

The Chinese state news agency Xinhua reports that they included the Laotian minister of public security, the secretariat of the Lao People’s Revolutionary Party’s central committee, the chairman of the propaganda training committee and the mayor of Vientiane.

The officials are believed to have been travelling to an official ceremony in Xiangkhouang from Vientiane.

The official Laos news agency KPL said the plane that went down was an Antonov AN- 74TK-300 operated by the Laos air force.

Laos, a landlocked country of about seven million people, has an authoritarian communist one-party government and is one of Asia’s poorest nations.

It has a poor air safety record. Last October a civilian aircraft crashed into the Mekong river in bad weather, killing all 49 people on board.

In 1998, a Vietnamese military aircraft crashed in Xiangkhouang. All passengers on board, including a senior Vietnamese general, were killed.