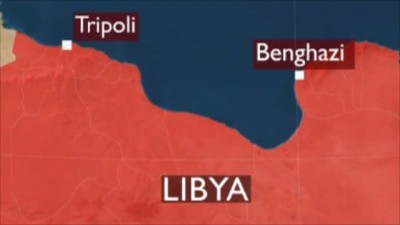 At least three dozen people were killed and scores were injured in fighting that flared up Friday in and around the eastern Libyan city of Benghazi, the government said.

A count from six hospitals totaled at least 36 dead and 139 wounded, a Health Ministry official said at a news conference Saturday. The situation in the city appeared calm so far on Saturday, according to residents, and no fighting has yet been reported.

A retired military general led Libyan troops and other forces loyal to him in a deadly attack Friday against Islamist militants in and around Benghazi, Libyan media reported. The government disavowed the action.

Residents and officials have blamed the violence that has gripped Benghazi on militant groups including Ansar al Sharia.

The United States designated that group a terrorist organization this year, and has accused it of being involved in the 2012 attack that killed four Americans — including Ambassador Christopher Stevens — at the U.S. diplomatic compound in Benghazi.

Official Libyan security forces have struggled to deal with hostile militias, so the government has relied on other militias, many on the state’s payroll, in an attempt to enhance security. But various other political forces also have relied on militias, leaving the country awash in armed groups — many who refused to disband after the revolution — with competing agendas and loyalties.