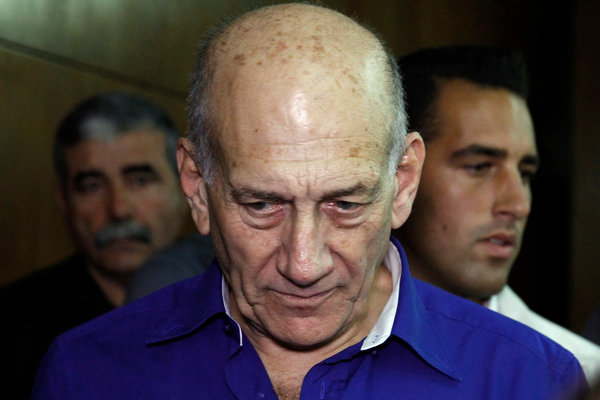 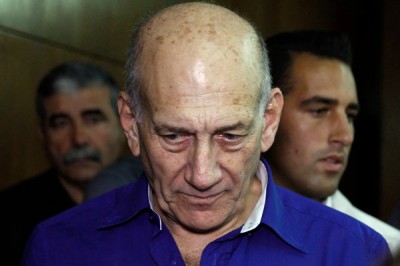 Ehud Olmert, the former Israeli prime minister, was sentenced Tuesday to six years in prison by a judge who likened him to a “traitor” for taking bribes while mayor of Jerusalem in connection with the construction of a luxury housing development.

Mr. Olmert, who on Tuesday vowed to appeal his March conviction, would be the highest-ranking official in Israel’s history to serve prison time. The sentence matched the prosecutors’ request; Mr. Olmert’s lawyers had asked that he be required only to do community service.

Judge David Rozen of Tel Aviv District Court said that Mr. Olmert and the nine government officials and business figures convicted alongside him had all “harmed the public trust,” and that the former prime minister deserved a harsh sentence because he is a public figure and a clever man.

“The cancer must be uprooted,” Judge Rozen said, referring to political corruption. Anshel Pfeffer, a veteran columnist, said on Twitter that the judge was indicting a whole class of “Israel’s financial and political elite.”

In a case that analysts here said vindicated prosecutors whose campaigns against corruption had been criticized as overzealous and expensive, Mr. Olmert was found guilty six weeks after a sweeping, yearslong investigation into the planning process surrounding the hulking, hated apartment complex in southern Jerusalem known as Holyland. A judge in 2010 called it “one of the worst corruption affairs in Israeli history.”

Mr. Olmert, who is 68 and was prime minister from 2006 to 2009, released a statement before the 9 a.m. court session saying that Tuesday was “a sad day, on which a severe and unjust verdict is to be handed down to an innocent man.” He arrived at court wearing casual khaki slacks and a royal-blue button-down shirt with a pen in the pocket.

At a sentencing hearing last month, Mr. Olmert said that the guilty verdict had “completely stunned” him and was “based on a fundamental error.”

“I never asked for and never received a bribe, neither directly nor indirectly, for myself, my associates or my family,” Mr. Olmert, who served as Jerusalem’s mayor from 1993 to 2003, told Judge Rozen then. “Naturally, the right way for me to appeal the court’s decision is to appeal to the Supreme Court,” he added. “I believe the Supreme Court will make the effort to see the whole picture — that I never got a bribe from anyone. That is the truth.”

But Judge Rozen, in issuing a searing 700-page verdict on March 31, said that Mr. Olmert “told lies in court” and that his version of events “has been rejected by me in every way.” The judge found that half a million shekels — about $144,000 today — had been funneled in a series of postdated checks from a financier hired to ease Holyland’s path through the city planning process to Mr. Olmert’s brother, Yossi.

Mr. Olmert was ordered Tuesday to pay restitution plus a fine of nearly $300,000.

“Olmert got huge sums and it does not matter if it went to his brother or his pocket,” Judge Rozen said Tuesday. “The time that has passed since the crimes is not a reason for leniency.”

He said “the deeds of the convicted undermine the trust of the public in their leaders” and said that they would start their prison terms on Sept. 1.

Holyland, a series of interlocking luxury apartment buildings that dominates the view for miles, swelled to more than 12 times the height granted in the original permits. Some Jerusalem residents call it “the monster.” Seven of the nine people convicted in the case were sentenced alongside Mr. Olmert on Tuesday, with prison terms from three to seven years; Holyland’s developer, Hillel Charney, is to serve three and a half years and pay a fine of more than $500,000.

Mr. Olmert was also convicted of breach of trust in a separate case in 2012, and was questioned by the police recently regarding obstruction of justice related to Holyland.

Mr. Olmert started his career in the right-wing Likud Party, but left to help create the centrist Kadima Party in 2005, taking over as prime minister after Ariel Sharon suffered a debilitating stroke the next year. Mr. Olmert led a war in Lebanon in 2006 that has been a stain on the Israeli military’s history, and was believed to be on the brink of a peace deal with the Palestinians when he was forced from office under a cloud of corruption investigations.

Until his March conviction, he had been plotting a possible political comeback, something that seems all but impossible now. Judge Rozen’s determination that his crimes were tainted by “moral turpitude” prevents him from running for public office for seven years.