Patriarch Rai to ignore Suleiman’s advice against visit to Jerusalem 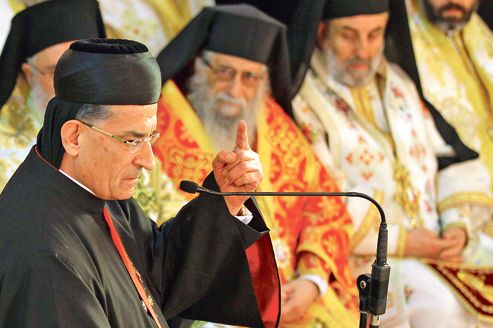 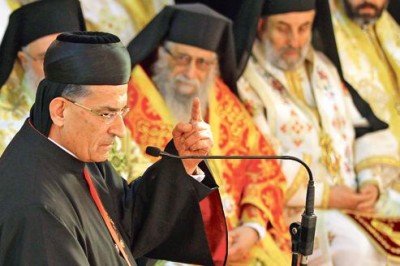 President Michel Suleiman has told Maronite Patriarch Beshara al-Rai that it was preferable for him not to visit the Holy Land later this month over local controversy on the planned trip, As Safir daily reported on Friday.

The newspaper said that Suleiman preferred during the talks held on Thursday at Baabda Palace that “such a visit not take place amid the division over it.”

The president also “expressed readiness to provide the political cover to any stance made by the Maronite patriarchate to go back on the decision to hold the controversial visit,” it said.

But al-Rai reportedly defended his decision to accompany Pope Francis to Jerusalem and hinted that he would not change his mind.

According to the report, he also said he did not mind for Lebanese pilgrims to visit the Holy Land in the future.

Vatican spokesman Federico Lombardi said Thursday al-Rahi was not part of the official delegation heading to the Holy Land and was going on his own initiative.

Al-Rai would be the first patriarch to enter Israel since the Jewish state was created in 1948.

Reports said Friday that the patriarch also told Suleiman that it was unacceptable not to have a president at Baabda Palace after the end of his tenure on May 25.

Informed officials told An Nahar newspaper that the patriarch expressed frustration at the lawmakers who are boycotting the parliamentary sessions on the election of a president.

“They are pushing the country towards vacuum,” the officials, who were not identified, quoted him as saying.

The lawmakers that al-Rahi was allegedly referring to are members of the March 8 alliance, including MPs from Michel Aoun’s Change and Reform bloc.

Geagea is the March 14 alliance’s only candidate. But March 8, which has not officially backed any candidate, has been boycotting the parliamentary sessions on the election of a president.