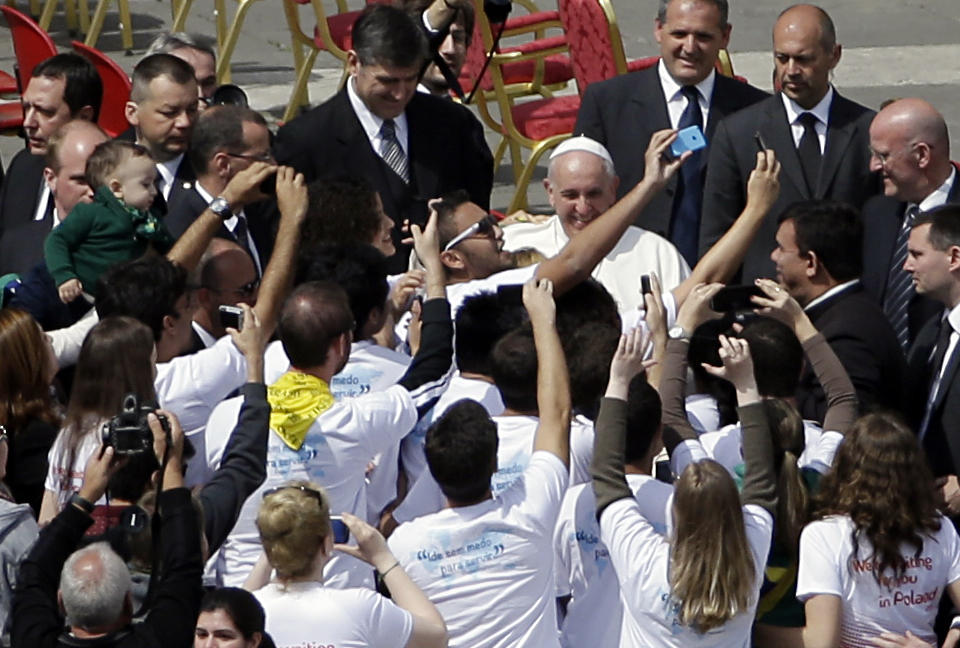 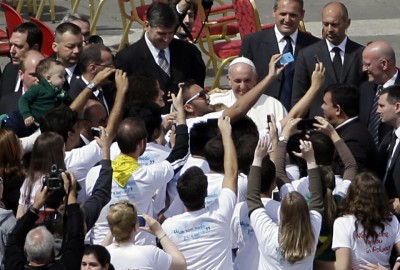 eThe Vatican is bracing for a blistering session this week before the U.N. Committee Against Torture, which is expected to address the Holy See’s handling of its churchwide sexual abuse scandal and its infringement on human rights.

The Rev. Federico Lombardi, Vatican spokesman, warned against “ideological pressure” if the U.N. panel veers off topic like its sibling U.N. Committee on the Rights of the Child did in a report earlier this year.

“A contributory factor is often the pressure exercised over the Committees and public opinion by [nongovernmental organizations] with a strong ideological character and orientation, to bring the issue of the sexual abuse of minors into the discussion on torture, a matter which relates instead to the Convention on the rights of the child,” Father Lombardi said. “The extent to which this is instrumental and forced is clear to any unbiased observer.”

The U.N. Committee on the Rights of the Child rebuked the Vatican in February for its handling of the sexual abuse scandal and suggested that the Catholic Church update its canon to approve homosexuality, abortion, birth control and premarital sex.

The Vatican is a signatory to the anti-torture and child protection treaties, both of which require periodic reports about efforts to implement policies and promote change.

The Holy See’s report on torture dates back to December 2012. The U.N. Committee Against Torture is scheduled to review and discuss the report Monday and Tuesday and present its conclusions May 23.

The Vatican’s report stated that “the Holy See condemns the use of torture as a grave violation of the Commandment ‘You shall not kill’ and works towards its abolition. The Holy See condemns other acts of cruel, inhuman or degrading treatment or punishment, which may not amount to torture but are equally contrary to the inherent dignity of the human person and his or her integrity and identity.”

Advocates for abuse victims, however, see hypocrisy between the church’s proclamations and its practices.

Barbara Blaine, president of the Survivors Network of Those Abused by Priests, issued a statement urging the U.N. committee not to let the Vatican continue to “endanger children and dodge accountability.”

“Now, for the first time, U.N. panels are addressing, in a fair and forthright way, the continuing sexual violence and cover ups in the church. And now, apologists for the Vatican cry foul,” Ms. Blaine said. “We ask that you keep in mind that torture and violence can be subtle and manipulative. Or it can be blatant and brutal. Either way, it’s horribly destructive to the human spirit, especially when inflicted on the young by the powerful, on the truly devout by the allegedly ‘holy.'”

“Although the Holy See has started to recognise the seriousness and scale of the abuse, this has not resulted in clear action to ensure that allegations of child sexual abuse are reported publicly and investigated and prosecuted by law enforcement authorities,” the organization said.

Both advocacy groups demand changes to church policies such as removing all known child sex abusers and releasing more information about abuse cases.

Church supporters also are lobbying their case before the U.N. committee, offering warnings similar to Father Lombardi’s to avoid overstepping bounds and criticism of the committee’s review process.

“The Catholic Church has done so much to prevent torture, if they had known this treaty means [the United Nations gets] to come and change [their] teachings on moral and social issues, they would never sign that,” said Jim Kelly, president of the Solidarity Center for Law and Justice. “Yet that’s where they are today.”

Ashley McGuire of Catholic Voices USA acknowledged that the church has room for improvement, but “rather than using the victims of abuse as a political prop for undermining the Church and Her work around the world, the UN Committee Against Torture should set aside their radical, ideologically-driven agenda and acknowledge that the Church has established a gold standard for institutions dealing with this terrible issue.”

Despite their worries, Mr. Kelly and Ms. McGuire said they anticipate the anti-torture committee to be more conservative with its suggestions for the Holy See in light of the backlash against the child protection panel.

“I think they want to get the facts,” said Ms. McGuire, who testified before the committee in Geneva last week. “The U.N. recognizes its credibility is on the line, especially given, I think, the comments made in all the backlash.”

Because the child protection report became such a “lightning rod of controversy,” Mr. Kelly said, “the committee now knows it should not be overreaching in terms of making rash statements that the church needs to evolve with the times.”

“They won’t make any big mistake like that. They’ll probably be a little more judicious and restrained when it comes to anything related to labeling the church as torturers,” he said.

That doesn’t mean the Catholic Church can escape scrutiny. Mr. Kelly pointed out that half of the convention’s name includes “other cruel, inhuman or degrading treatment or punishment,” which could be used to target some of the more conservative beliefs of the faith.

Mr. Kelly suggested that having a woman undergo an ultrasound before an abortion at a certain point in her pregnancy could be seen as cruel or degrading.

“They may say we need to avoid calling the Catholic Church torturers, but let’s hang our hat on the second part of the treaty,” he said.