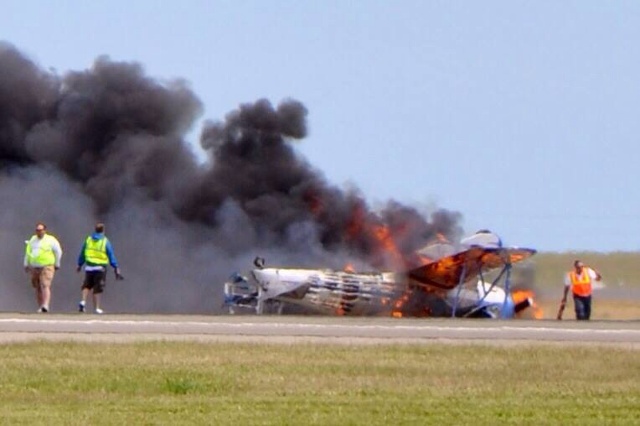 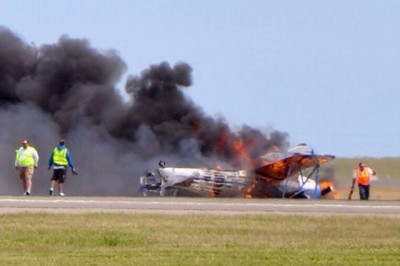 A vintage biplane crashed Sunday while performing at a Northern California air show attended by thousands of people.

The San Francisco Chronicle reports  that the Stearman biplane crashed in an open field away from spectators at 2:05 p.m. at Travis Air Force Base in Solano County. Black smoke rose from the wreckage as crowds were evacuated from the base.

Lynn Lunsford of the Federal Aviation Administration said emergency responders said the pilot did not survive.

No spectators were injured in the crash that happened as the pilot performed an acrobatic aerial maneuver over the tarmac, said Sgt. Rachel Martinez, a spokeswoman for the base. The plane was operated by a civilian, she said.

The 1944 plane was registered to the Edward Andreini of Half Moon Bay, according to FAA records.

Angie Giles, a spectator from Antioch, said the plane “flipped over to do a trick and hit the ground and dragged over the ground.”

The National Transportation Safety Board will head up an investigation. Lunsford added that the FAA was already on site and will be a member of the team.