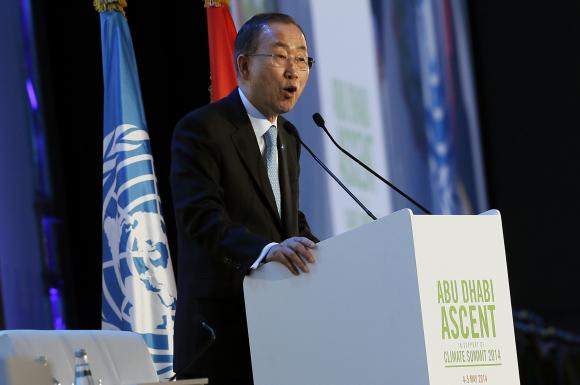 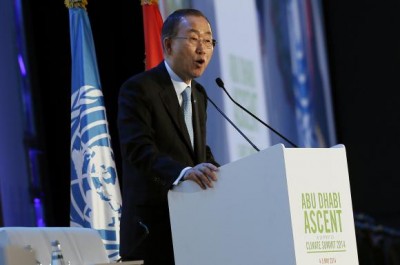 The head of the United Nations said on Sunday that “bureaucratic resistance” by Bashar al-Assad’s government was preventing aid getting to millions of Syrians in need due to the three-year-old conflict.

U.N. Secretary-General Ban Ki-moon told the Saudi-owned Al Arabiya television channel he was no longer in direct communication with Assad after months of the Syrian president “not keeping his promises.”

Last month, Ban said none of the warring parties in Syria were meeting U.N. demands for aid access and demanded the Security Council take action on violations of international law.

In Sunday’s interview, he said a February Security Council resolution demanding rapid, safe and unhindered aid access had “not helped much” and that there were still 3 million people in areas the U.N. could not reach and deliver humanitarian aid to.

“It’s not that we are in shortage of something to deliver, it’s just because of bureaucratic resistance by the Syrian government,” he said.

Assad said on Saturday that government agencies should increase cooperation on aid work but it must be done without “compromising national sovereignty,” state media reported.

Assad’s forces and to a lesser extent the insurgents trying to topple him have been accused of preventing food and medicine from reaching a quarter of a million people in besieged areas, to starve opponents into submission.

Asked if he was in direct communication with Assad, Ban said: “Recently I have not been speaking to him …

“After many months of dealing with him directly, when he was not keeping his promises, I had been thinking that it would not be useful for me and there was no such need, then I’ve been basically using my joint special representative.”

Photo: U.N. Secretary General Ban Ki-moon speaks during a conference on climate change in Abu Dhabi May 4, 2014. Ban said on Sunday he was hopeful that a goal of limiting global temperature rises to a maximum 2 degrees Celsius could be achieved, but urged governments to take practical action before it was too late.
REUTERS/Stringer (UAE)