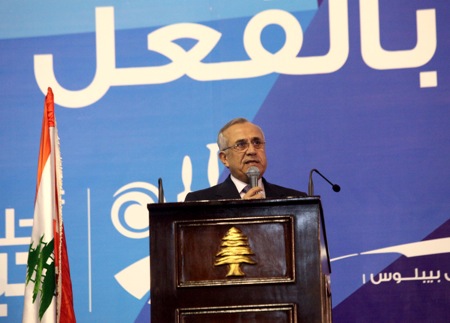 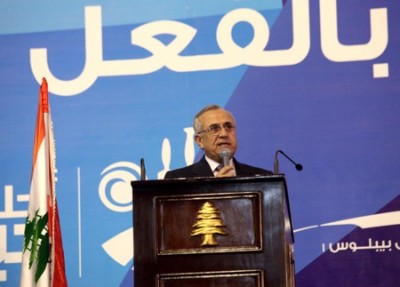 President Michel Suleiman slammed the Hezbollah-led March 8 alliance  MPS for skipping the presidential election sessions, and stressed the importance of electing a new head of state on time.

“It is unacceptable to apply democracy by obstructing the election process through not providing a quorum,” Suleiman said on Sunday, during the inauguration of the Sports Village that was named after him in his hometown of Amchit.

“Do the concerned [parties] not know that… the continuity of the [Lebanese] entity depends on the election of a president?”

He also called on the parties boycotting the sessions to attend the next one scheduled for May 7, warning against the dangers of vacuum in the country’s top Christian post and called on lawmakers to elect a new head of state before the end of his term this month.

“Those concerned with the survival of the entity and the political system must realize that the election of a president cannot happen through obstructing quorum, but rather through implementing the constitution,” he stressed.

The president called for turning the May 7 presidential vote into an “opportunity for accord and dialogue, unlike what happened on May 7, 2008,” warning against “dragging the country into a constituent assembly.”

He was referring to the clashes that erupted in 2008, when gunmen belonging to Hezbollah and its allies occupied the western part of Beirut and tried but failed to occupy Mt Lebanon at a great loss of life.

Lebanon’s parliament failed to elect a president for the second time on April 30, as the legislature failed to reach a quorum amid a boycott by March 8′s MPS.