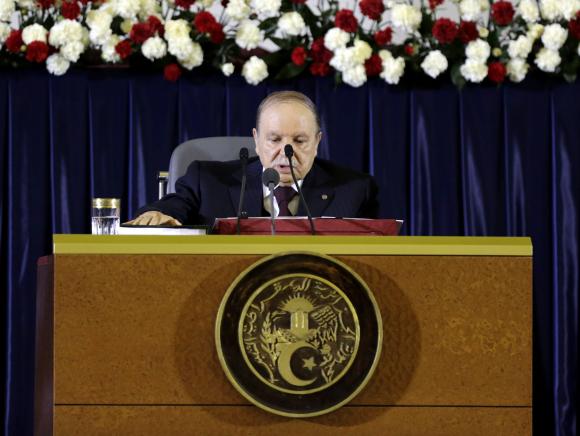 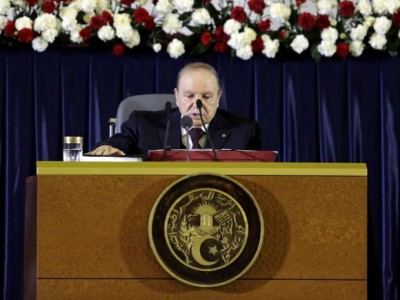 Algeria’s President Abdelaziz Bouteflika was sworn in for a fourth five-year term on Monday after he easily won an election opponents dismissed as fraudulently returning the ailing 77-year-old to power.

State television showed Bouteflika sitting in a wheelchair to take the oath and give a brief statement in one of his rare public appearances since a stroke last year that raised questions about his ability to govern.

“I thank the Algerian people for their renewed confidence,” Bouteflika said in a weak voice, in his first public speech for at least two years. “The April 17 election was a victory for democracy. It was a lesson in democracy.”

Under Bouteflika, a veteran of the war that ended with independence in 1962, the OPEC producer has become a partner in Washington’s campaign against Islamist militancy in the Maghreb and a supplier of about a fifth of Europe’s gas imports.

But Bouteflika’s condition has left questions about what happens next, who replaces him if he cannot govern for the entire term and how that impacts political and economic reforms and oil investment in the North African country.

Many Algerians are wary about upheaval after their bloody war with Islamist militants in the 1990s that killed 200,000 people. Neighboring Libya, Tunisia and Egypt are also still overcoming instability after their own 2011 revolts.

Bouteflika’s allies have promised a constitutional revision to strengthen Algeria’s democracy and reforms to an oil-reliant economy hampered by heavy state bureaucracy and restrictions on foreign investment.