Drunk passenger triggers hijack alert on a flight to Bali 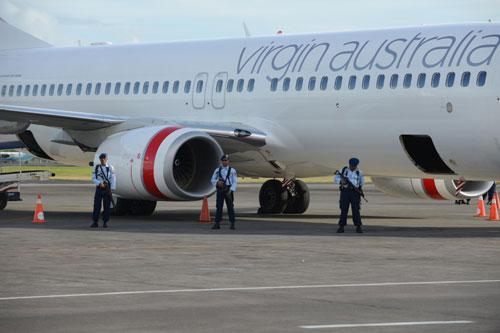 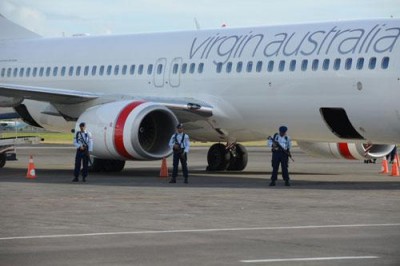 A drunk passenger triggered a hijack scare on Friday when he tried to break into the cockpit of a Virgin Australia plane flying from Brisbane to the Indonesian holiday island of Bali, transport officials said.

A Virgin Australia Airlines official said there had not been an attempt to hijack the aircraft but a “flight emergency” when a 28-year-old male passenger banged on the door of the cockpit trying to get in an hour before it was due to land.

“There was a drunk passenger, intoxicated and aggressively behaved. He was trying to enter the cockpit, banging the door but he did not enter the cockpit,” Heru Sudjatmiko, airport manager for Virgin Australia in Bali, told Indonesia’s Metro TV.

Crew members seized the passenger, who authorities identified as Matt Christopher Lockley from Australia, and handcuffed him.

The pilot then alerted Indonesian air traffic controllers of a possible hijacking. The plane landed an hour later in Bali, Indonesian authorities said.

Police arrested Lockley, who was travelling alone, shortly after the plane landed.

The 137 passengers and six crew members were unharmed and were taken off the aircraft at Denpasar, in Bali, an Indonesian air force spokesman said.

“The police are having difficulty digging up information on what he intended to do because he is still in an unstable condition,” a police official at Bali airport told media.

Police said they were told by a flight attendant on board the plane that Lockley looked “paranoid”. Blood samples were being taken from the Australian to test for alcohol and drugs.

Bali airport resumed normal operations after being shut for a few hours, an airport official said.

Virgin Australia Airlines, formerly Virgin Blue Airlines, is Australia’s second-largest airline as well as the largest by fleet size to use the Virgin brand.

Bali’s sun, sea and sand are a huge draw for young Australians looking for a laid-back and exotic foreign holiday.