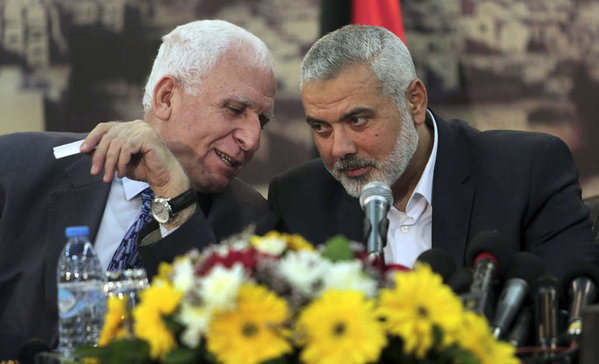 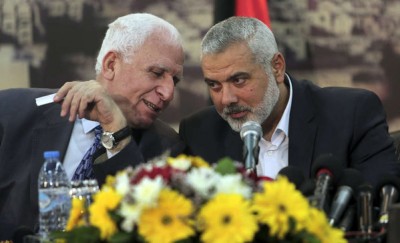 The Israeli government says it has decided to halt peace talks with the Palestinians in response to a new unity agreement between rival Palestinian factions.

The decision appears to end a nine-month peace initiative by U.S. Secretary of State John Kerry. The negotiating period is scheduled to end next Tuesday, though the sides had been trying to agree to an extension.

Israel’s Security Cabinet unanimously decided to cut off contacts after a five-hour meeting Thursday. They announced the decision in a statement sent to journalists.

Israel is furious over Palestinian President Mahmoud Abbas’ decision to form a unity government with the rival Hamas movement after a seven-year rift.

Saeb Erekat, the chief Palestinian negotiator, suggested yesterday that Israel is being hypocritical.