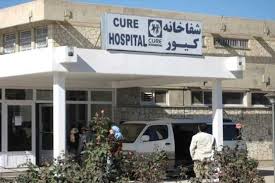 Three American doctors were killed Thursday morning when an Afghan police officer turned his gun on them at a private hospital in Kabul, an attack that underscored the growing frustration with the Western presence here a decade after the war began.

The shooting took place at Cure International Hospital, a 100-bed facility that specializes in the treatment of disabled children and women’s health issues, including fistula and premature birth. One of the physicians who worked at the facility was hosting three visiting doctors from the United States, said Gen. Mohammad Zahir, the Kabul police chief. The three had taken a picture in front of the hospital’s sign before entering, witnesses said.

A government official said the police officer, Ainuddin, a two-year veteran of the department, had only recently been assigned to the unit guarding the hospital. Witnesses and officials said he fired on the doctors when they entered a security vestibule at the entrance of the building, killing three of the male doctors and wounding a female doctor. The attacker then entered the interior courtyard, where he continued to fire at foreigners.

Other officers were reported to have wounded the gunman before he could kill anyone else, although one security official said the guard had shot himself.

The Taliban did not claim responsibility for the attack, raising the possibility that the gunman was part of a growing class of Afghans disenchanted with the presence of Americans in the country. Bitterness has spilled into the narrative about the American presence here, as fears about the military withdrawal and its attendant uncertainty grow.

Less than three weeks ago, an award-winning photographer for The Associated Press, Anja Niedringhaus, was killed by a police officer at a checkpoint in eastern Afghanistan. Her colleague, the reporter Kathy Gannon, was also wounded in the attack. A month before that, a Swedish journalist was shot and killed in a heavily guarded area of Kabul.

The attacks are reminiscent of the so-called green-on-blue shootings by Afghan soldiers against their allies in the coalition. Two years ago, a sharp increase in the number of insider attacks threatened to derail the training mission that is central to the American military withdrawal scheduled for this year.

But even as fewer coalition soldiers leave their heavily fortified bases, and as new strategies are put in place to safeguard against insider attacks, such episodes have all but subsided. Foreign workers in Afghanistan have been singled out for attacks, although the number of civilians targeted is still small compared with military deaths.

Beyond the recent killing of journalists, a concerted effort by the Taliban to target locations that are popular with expatriates was evident in the run-up to the presidential elections in early April. An assault in January on the Taverna Restaurant in central Kabul left 21 dead, most of them foreigners, and fatal shootings at the luxury Serena Hotel last month left nine dead. Such events have put the thousands of foreigners living in Kabul on high alert.

The unpredictable nature of the violence has prompted some embassies to redouble their security efforts, and has led those living outside secure areas to limit their exposure.

The scene of the attack Thursday presented a somewhat troubling case study in the waning patience of most Afghans for the continued Western presence here. Amid the two-dozen police officers clustered around the entrance to the hospital, a group of men whose female relatives were patients at the hospital gathered.

Some expressed fears that the facility might shut down after the killings, leaving Afghans with the prospect of having to turn to poorly funded public hospitals.

Others spoke of the attacks with little sympathy. “The foreigners have been here too long,” said a man who gave his name as Fawad, whose female relative was in the hospital undergoing surgery. “People are tired of them.”

A car pulled up a short while later, and the driver was told by the police to leave the area. When the police explained that an officer had shot and killed three foreigners, the driver replied, “Good for him that he killed the infidels.”

Several Afghans at the hospital responded with expressions of shame in their countryman, and worried about the consequences of the attack.

“This is so bad,” said Ahmad Shekib, a Kabul resident whose aunt had just delivered a baby. “We will lose this source of health services. These were good people who had left their families and had come all the way from U.S. to help Afghans. It is so shameful.”

Others added that the attack would harm the very people the foreigners were trying to help.

“We will lose this source of proper health service,” said Mohammed Safar, from Ghazni Province, who idled by the entrance. “Who bears the brunt? Poor Afghans. Rich Afghans can afford taking their patients to Dubai and Europe. Where will we go?”

Cure International started in 1998 in Kenya and now operates hospitals and programs in 29 countries. The organization focuses on health issues for which treatment is more difficult to obtain in the developing world, including club foot, cleft palate and untreated burns, according to its website.

The organization began operating in Afghanistan in 2005, setting up a hospital in West Kabul that now treats around 37,000 patients a year. On Thursday, the gunman himself was admitted as a patient after the attack.

Updates:
– Two of the doctors killed were reportedly “father and son”

-CURE International released the following statement concerning the Americans that were shot and killed in Kabul, Afghanistan.

“We are grieved to confirm, as has already widely been reported, the CURE Hospital in Kabul, Afghanistan, was the site of a shooting this morning. Three individuals, including a doctor who served at the hospital, were killed, and two others were injured. The shooter, who was not an employee of CURE, has been identified as a member of the security detail assigned to the hospital, shot himself after the attack. He was initially treated at the CURE Hospital and has now been transferred out of our facility into the custody of the government of Afghanistan. No patients or other staff members were injured. CURE International has been serving the Afghan people since 2002 and began operating the hospital in Kabul in 2005 at the invitation of the government of Afghanistan. The hospital is focused on maternity and pediatric care and serves 37,000 patients a year. At this time, the investigation is ongoing and we are working closely with authorities. CURE International remains committed to serving the Afghan people. Please join us in praying for the families of the victims and those affected by the shooting as well as the ongoing peace of Afghanistan. Dale Brantner, President and CEO of CURE International, is traveling internationally and will release a formal statement after 3 PM EDT.” Mark Knecht- CFO of CURE International.

-One of the doctors killed was identified as Dr. Jerry Umanos. Umanos’ wife and grown children, who live in the United States, have been notified of his death, CNN reported