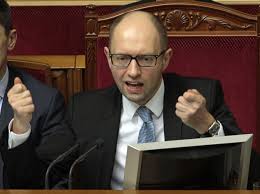 Pro-Russian militants occupying buildings in eastern Ukraine refuse to back down until their demands, which range from autonomy from Kiev’s control to annexation by Russia, are met. Meanwhile, approximately 40,000 Russian troops are encamped along the Russia-Ukraine border.