March 14 to nominate Geagea for presidency

FILE PHOTO : Samir Geagea, the Lebanese Forces leader called for sending home all pro-Assad Syrians, since all the Syrians that fled to Lebanon were supposed to be opposed to the Syrian regime
Share:

March 14 alliance is expected to meet shortly with the aim of nominating Lebanese Forces leader Samir Geagea as the new Lebanese president to replace , Michel Suleiman whose term expires on May 25th, according to a report by MTV

This development comes after media reports indicated that Gemayel and Ghanem intended to announce their candidacy for the presidency.

The Future Movement bloc has asked the March 14 Christian leaders to agree between themselves on one candidate. 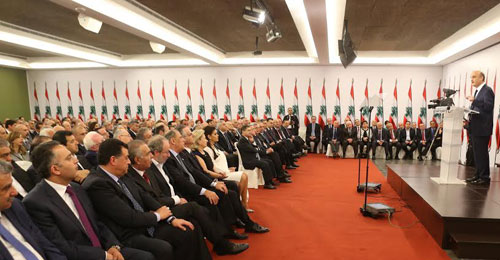