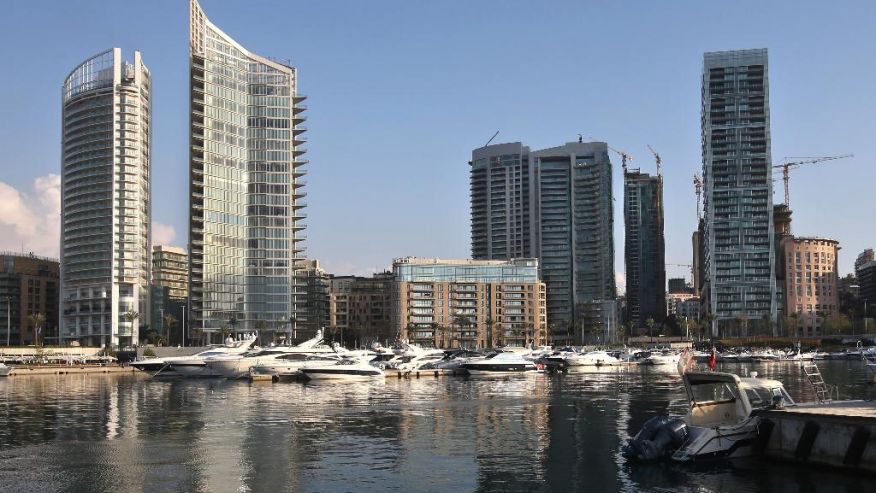 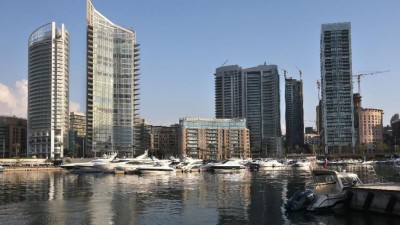 One by one, the old traditional houses of Beirut are vanishing as luxury towers sprout up on every corner, altering the city’s skyline almost beyond recognition amid an ongoing construction frenzy seemingly immune to tensions from the civil war raging next door.

In that, Beirut is no different than Dubai, Doha or other major world cities overtaken by a global trend for modern, tall buildings. But in a country that prides itself on its rich history, many complain that Lebanon is losing its charm and character, often said to be the only thing going for it.

A famously scenic Mediterranean city surrounded by once lush mountains, Beirut may soon be overrun with buildings — all at the expense of green parks and pedestrian areas.

Robert Saliba, professor of architecture and urban planning at the American University of Beirut, said Beirut always has been attractive for investors because of its cultural diversity and free spirit.

“Beirut is a reflection of a hybrid city where the market takes over the future development. … My own observation is that Beirut was never interested in its history. It’s a city that was always taken by modernity,” he said.

Still, he said Beirut is fast becoming saturated, a city often said to provide the smallest ratio of open spaces for its inhabitants in the world.

It is a transformation that those familiar with the city can barely keep up with.

When Salim Baalbaki arrived to Lebanon last year for the first time after more than 15 years spent working in Canada, he struggled to recognize where he grew up, a few steps from Beirut’s seaside promenade and central district.

The tree-lined corniche where he took long walks during lulls in fighting during the 1975-90 civil war is now dotted with luxury apartment buildings that sell units for as much as $10,000 per square meter (square yard). The once bustling downtown area, razed to the ground and spectacularly rebuilt after the civil war, is seen as a beautiful yet sterile lot of polished boutiques and high-priced restaurants.

Tall buildings stick out at odd lengths and angles, wedged almost wall to wall between older buildings and sprouting out of alleys.

Worst of all for Baalbaki, the parking lot where he used to play soccer with friends next to his parent’s apartment building has been replaced with a high rise that blocks the light from the apartment.

“Actually my depression started when I looked down from the airplane during landing and saw the jungle of cement below,” Baalbaki said. “It is a disaster and it makes me sad for Lebanon.”

Not everyone shares Baalbaki’s gloom. Beirut’s post-war reconstruction is seen by many as a model to be looked upon by countries in the region. Despite the chaos in neighboring Syria, and bouts of deadly spillover, construction barely has slowed down. The city is buzzing with the sounds of jackhammers and active cranes dot the skyline — a healthy sign amid turbulent times, some say.

The construction boom has been fueled in the past decade by rich expatriates and Gulf Arab investors who have driven prices up, encouraging Beirut property owners to sell.

But while Lebanon’s real estate sector has developed to become one of the country’s success stories, many say it is coming at the expense of Lebanon’s identity and heritage.

It has led to the destruction of hundreds of traditional Lebanese houses known for their stoned, arched headways, elaborate balconies and colorful windows and gardens. The houses, dating back French and Ottoman era, are mainly in Beirut and its peripheries, areas that were heavily damaged during Lebanon’s civil war.

An initial census in the early 1990s counted 1600 traditional homes and buildings in the greater Beirut area. Today, an estimated 250 standing structures remain, said Naji Raji, an activist and spokesman for Save Beirut Heritage.

He blames the demolitions on politicians’ corruption, greed and non-existent construction regulations or any sort of urban planning outside the Beirut Central District. There are virtually no laws that specifically protect old buildings, except for a ministerial decree issued a few years ago which states that every demolition permit must be co-signed by the Culture Ministry, giving it power to stop the demolition of traditional homes.

Save Beirut Heritage has a hotline through which it receives tips about old buildings threatened with demolitions, which it conveys to the Culture Ministry. This has allowed the group to halt the demolition of up to 60 buildings in Beirut and its suburbs since 2010.

Raji’s latest pet project is lobbying against the Fouad Boutros highway, a 1.3-kilometer (0.81-mile) road expected to cut through historic quarters of Beirut.

Like many others, Raji worries that Beirut is losing its identity to become more like Dubai, famous for its splashy megaprojects but often criticized as being artificial and lacking character.

“Modernization should not be at the expense of history,” Raji said.

However, Saliba said that modernizing mess is seen by some as Lebanon’s charm.

“Strangely enough this visual chaos is appreciated more by … foreigners, by Westerners who come to Beirut, who fall in love with this chaos,” Saliba said.

The professor added: “But we don’t.”

Photo:In this April 10, 2014 photo, luxury high-rise buildings line the seafront, in Beirut Lebanon. One by one, the old traditional houses of Beirut are vanishing as luxury towers sprout up on every corner, altering the city’s skyline almost beyond recognition. While Lebanon’s real estate sector has developed to become one of the country’s success stories, many say it is coming at the expense of Lebanon’s identity and heritage. (AP Photo/Hussein Malla)THE ASSOCIATED PRESS
Next