Hezbollah official: No anti Syrian president can be elected 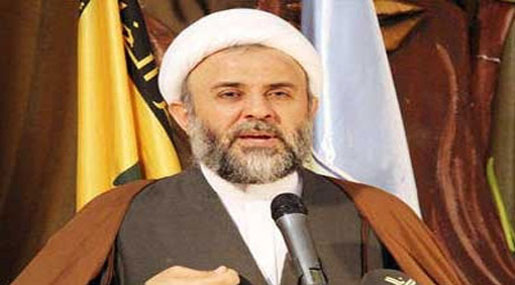 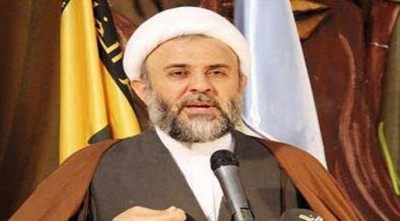 Sheikh Nabil Qaouq, Deputy head of Hezbollah’s Executive Council urged sunday “those betting on the election of an anti-resistance and anti-Syria president” to “give up on their dream .”

He declared Sunday that his party is seeking the election of a Lebanese president who is “feared by Israel,” stressing that Lebanon cannot tolerate an “anti-resistance” and anti-Syria president.

“Lebanon is on the eve of a major national juncture that concerns every Lebanese, and Hezbollah is very concerned with the course of this presidential election and it is not neutral or a mere spectator,” Qaouq said.

“We are seeking to secure the election of a strong president who is feared by Israel and whom Israel would not want to see in the Baabda Palace,” he added.

He defined a “strong president” as one who is “the strongest at the national level and whose election would represent a message of firmness and invincibility in the face of Israel and the takfiris.”

“Israel had bet on international resolutions to weaken the resistance and it failed, and it bet on the March 14 camp — which had targeted and is still targeting the resistance’s arms — and it has also failed,” Qaouq added.

“After all these futile bets, the resistance today is at the peak of its strength and is living its best days at the political, military and popular levels,” he said.

In another development Hezbollah’s Number 2 Deputy Secretary General Sheikh Naim Qassem said Sunday that his party will vote in the upcoming elections for a president who believes in Lebanese sovereignty, works to build the state and refuses foreign tutelage.

“We call for a president who believes in Lebanese sovereignty over all the country’s territory, does not accept foreign tutelage from anyone, and does not sell political positions or pay for them at the expense of Lebanese citizens.”

he added: “I think you know him well, even if we have not mentioned his name.”

But according to analysts Hezbollah is the party that continues to undermine Lebanon’s sovereignty by serving the interests of foreign powers like Iran and Syria resulting in the weakening of the state.

President Michel Suleiman’s tenure ends on May 25. On Easter Sunday he said he is going home on May 25 and reiterated his opposition to the extension of his term as head of state.

Lebanese Forces leader Samir Geagea launched his presidential election campaign on Wednesday during a press conference at his Maarab residence, in which he called for a strong state and vowed to abide by the constitution and the country’s laws and promised many economic and social reforms if he was elected president. So far he is the only candidate who officially announced his candidacy.

Lebanon’s parliament is set to convene on April 23 to elect a new president to succeed Suleiman.