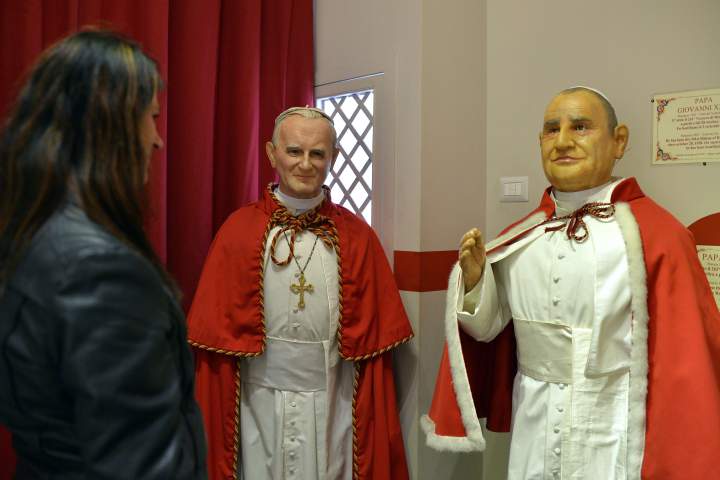 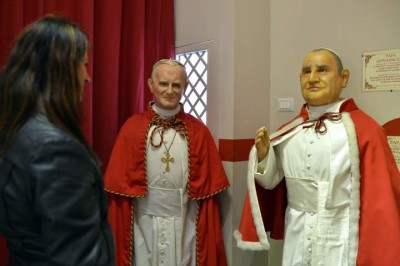 Easter services today are expected to kick off a record-breaking week at the Vatican.

Two beloved modern popes — John Paul II and John XXIII — are to be canonized at the Vatican next Sunday by Pope Francis.

There will be services all week, which could draw the most pilgrims ever to the Catholic capital.

John Paul II is remembered for helping to bring down communism and for inspiring a generation of Catholics. Many now call him “The Great,” only the fourth pope to have earned the moniker.

And while much of the crowd’s focus will be on the Polish pope’s remarkable achievements, Pope John XXIII — known as the “Good Pope” for his kindhearted nature — was no less revolutionary.

Pope Francis bypassed the second miracle typically required for canonization for John XXIII, declaring that he deserved the honor for having convened the Second Vatican Council.

Rome officials said they expected 3 million visitors in the city during the period from the Easter celebrations this weekend and the canonization next Sunday.

Nineteen heads of state and 24 prime ministers are expected to attend the canonization ceremony in St. Peter’s Square.

In line with Pope Francis’s no-frills papacy, organizers said the canonizations would be a much more sober affair than the three-day extravaganza that marked John Paul’s beatification, the last step before sainthood, in 2011.

Cardinal Agostino Vallini, the vicar of Rome, said some churches would remain open overnight on the eve of the canonization to provide a spiritual retreat for pilgrims, “but not much else.”

In his 2005 testimony to officials responsible for the sainthood cause, Francis, then Jorge Mario Bergoglio, archbishop of Buenos Aires, praised John Paul’s approach to death as “heroic”: John Paul considered stepping down as pope but chose to serve until his death.

“John Paul II taught us, by hiding nothing from others, to suffer and to die, and that, in my opinion, is heroic,” said Bergoglio at the time.

Photo:A woman looks at wax statues of lates Popes John Paul II (L) and John XXIII on April 16, 2014 at the wax museum in Rome. John Paul II and John XXIII will be made saints at an unprecedented joint ceremony on April 27, 2014 in a bid to unite Catholic conservatives and liberals. The canonisations of two popular popes are set to bring hundreds of thousands of pilgrims to Rome.  AFP PHOTO / ANDREAS SOLAROANDREAS SOLARO/AFP/Getty Images