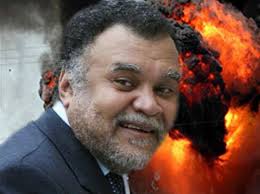 The exit of Saudi’s spy chief was the result of US pressure over his stance on Syria but does not signal a shift in Riyadh’s goal of toppling the Damascus regime, experts say.

Riyadh, as is usual, did not elaborate on its statement this week that Prince Bandar bin Sultan was being replaced, saying only that the veteran diplomat had asked to step down.

But a Saudi expert said that Washington — irritated for some time by Prince Bandar’s handling of the Syria dossier — had in December demanded his removal.

Prince Bandar was leading Saudi Arabia’s efforts to finance, arm and unify the Syrian rebellion, which after three years of fighting is still far from its goal of overthrowing the government of President Bashar al-Assad.

The spy chief’s efforts were especially stymied by US objections to plans to supply the rebels with advanced weapons that could tip the military balance against Assad’s forces, which are increasingly gaining the upper hand on the ground.

Dubbed “Bandar Bush” for his strong links with former US president George Bush and his son George w. Bush — forged during the time he served as ambassador to Washington — the Saudi royal has openly criticised the current US administration headed by the Democrats.

He vented his anger in front of Western diplomats when Washington stepped back after threatening a military strike following deadly chemical attacks in August outside Damascus that the West blamed on Assad forces.

One diplomat revealed that Prince Bandar had on that occasion angrily said Riyadh no longer considered the United States to be its principal ally and that it would instead be seeking support from France and other powers.

The influential powerbroker was appointed intelligence chief in 2012.

His last public assignment was a failed attempt in December to press Russian President Vladimir Putin to abandon his support for Assad.

“Running a vast and complex effort to help bring down a foreign regime supported by Iran and Russia was simply beyond Riyadh’s ability,” he said.

Saudi Arabia’s goal is especially difficult due to the “reluctance of its main Western partner and the conflicting agendas of other important regional players such as Turkey and Qatar,” he added.

Although the Arab heavyweight has supplied the rebels with “arms and rebels,” Hokayem said, it had to deal with armed groups that are “dangerous and undisciplined”.

The Damascus government, on the other hand, enjoys strong support from Iran, which “could count on organised and well-trained proxies and allies,” such as Lebanon’s Shiite Hezbollah movement, he added.

Diplomats indicated in February that the kingdom had sidelined Prince Bandar from the Syrian dossier, assigning it to Interior Minister Prince Mohamed bin Nayef, known as the kingdom’s iron fist in the fight against Al-Qaeda.

“The ballooning number of Saudi jihadists in Syria — with probable negative consequences for the Saudi regime — and the setbacks suffered there contributed to a rethinking and consequently a reshuffling in Riyadh,” argues Hokayem.

Saudi analysts insist however that replacing Prince Bandar does not mean a shift in the Saudi position towards the Syrian conflict.

“There is no change. Saudi Arabia wants the fall of Bashar al-Assad,” stressed columnist Jamal Khashoggi.

“There is no such thing as the politics of Bandar. There is government policy as well as directives given by King Abdullah that any intelligence chief would implement,” he said.

For the time being Prince Bandar’s deputy, Yusef al-Idrissi, has been appointed as a caretaker but Saudi sources have said that another member of the royal family is likely to be named to the post.