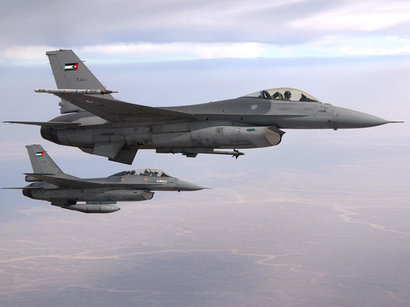 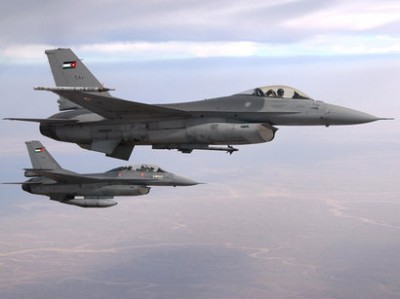 Jordanian warplanes on Wednesday destroyed three vehicles trying to enter the country from neighboring Syria in an unusual strike that underscored Jordan’s intensive efforts to maintain control over a border crisscrossed by smugglers, Syrian insurgents and refugees.

Jordan’s armed forces said in a statement that the warplanes fired on the vehicles after they failed to heed security forces’ demands to stop and ignored warning shots from the aircraft, adding, “The army will not tolerate such actions.”

Confusion swirled about the vehicles, which appeared, in images broadcast on Jordanian television, to be pickup trucks. The army did not give details on who was in the trucks or where along the border the strike took place. Syrian state news media said the vehicles did not belong to the Syrian Army.

Jordan has sought to keep a low profile in the Syrian conflict, fearing that violence could spill over the border. But among rebels active in northern Jordan, it is an open secret that Jordan hosts an international operations room that manages the movement of rebels across the border and provides limited military assistance to rebel groups deemed non-extremist.

The Jordanian government has denied that it assists either side in the conflict.

Jordan also has sought to regulate and slow the flow of civilians fleeing Syria, fearing pressure on the Jordanian economy and demographic balance from the nearly 600,000 registered Syrian refugees already there. Another concern is the hundreds of Jordanian jihadists who have gone to Syria to fight in the war alongside radical Islamist groups.

Jordanian security forces routinely arrest smugglers on the border, and sometimes clash with them, but such airstrikes are rare.

Qaisar Habib, an activist in southern Syria, said in a Skype interview that the vehicles hit Wednesday morning belonged to a Syrian rebel group. He said the attack showed that the Jordanian government was “very sensitive” about the border as the Islamic State of Iraq and Syria, an extremist militant group, tries to establish a presence in southern Syria.

Mr. Habib said the strike also could have been a signal from Jordan that it would not tolerate recent attempts by another militant group, the Nusra Front, to attack the Nasib border crossing, which is surrounded by rebel-held territory but still run by the Syrian government.

Jordan has pressured the rebels not to attack the crossing, which would disrupt trade between Jordan and Syria.

“The incident today can be translated as a clear message to everyone that this is not allowed,” Mr. Habib said.

But Abu al-Majd al-Zoubi, a spokesman for the Yarmouk Division, a prominent rebel group, said the vehicles did not belong to any rebel group.

Rebels in southern Syria complained in recent interviews that while they received aid from their international backers though Jordan, the assistance was not enough to allow them to advance. Many think it is fueling a stalemate and prolonging the war.

Also on Wednesday, Ahmad Assi al-Jarba, the president of the exile National Coalition for Syrian Revolutionary and Opposition Forces, said the group was open to attending a third round of talks aimed at ending the war, Reuters reported.

“If the Syrian government is sincere, the National Coalition is willing to join the third round of talks in Geneva,” said Mr. Jarba, according to a statement from the Ministry of Foreign Affairs in China, which Mr. Jarba was visiting for talks with China’s foreign minister, Wang Yi.

The last round of talks collapsed in February with no tangible progress, and no date has been set for a new round.

In Beijing, Mr. Wang said China supported a political solution to a crisis that “has reached a new critical moment.”

China has joined Russia to veto several United Nations Security Council resolutions against the Syrian government, while calling for a political solution and occasionally meeting with opposition figures.