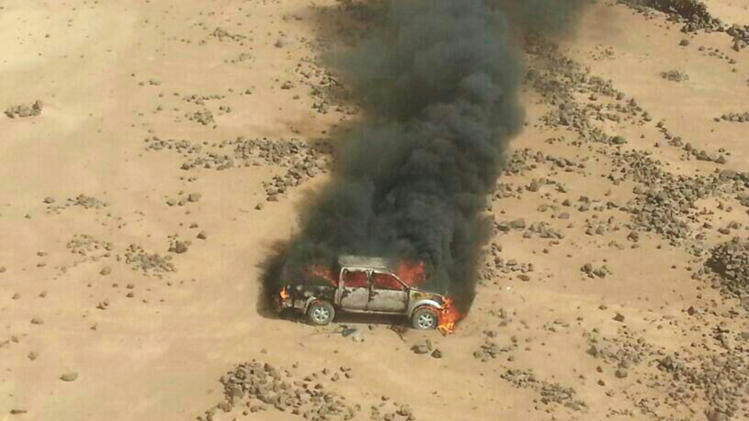 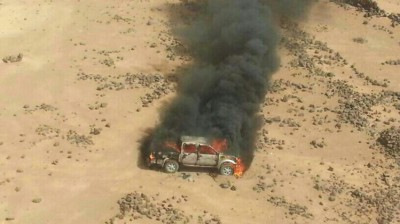 Jordanian warplanes destroyed “camouflaged” vehicles on Wednesday as they tried to cross into the kingdom from war-ravaged Syria, in the first such strikes since the conflict erupted three years ago.

A Syrian military source, cited by state television in Damascus, said the vehicles struck did not belong to Syria’s armed forces, while Amman said an initial probe showed they were being used by arms dealers.

Damascus has accused Amman of backing the uprising against President Bashar Assad by training and arming rebels, a charge denied by Jordan, which says it has tightened border controls and jailed dozens trying to cross illegally.

Wednesday’s air strikes were the first time Jordan has used fighter jets against such infiltrations.

“Royal air force jets fighters today at 10:30 am (0730 GMT) destroyed a number of vehicles that attempted to cross into Jordan from Syria,” the Jordanian army said.

“The camouflaged vehicles tried to enter from an area with rugged terrain,” it said in a statement.

“The fighter jets fired warning shots, but they were ignored, prompting them to destroy the vehicles. The army will not tolerate such actions.”

A military official told AFP in Amman that “Three wheeled vehicles tried to enter the kingdom” near Ruwaished in northern Jordan.

In Damascus, a military source said the vehicles did not belong to the Syrian army.

“Initial probe shows that those who were inside the vehicles were infiltrators who tried to smuggle weapons and other things,” Momani, who is also government spokesman, told AFP.

“They were all killed,” he said without specifying their number.

Amman says arms smuggling across the border with Syria has risen by 300 percent in the past year.

“They were arms smugglers, who also seek to smuggle drugs sometimes,” a military official said.

Jordan says it has foiled hundreds of trafficking attempts, while the military state security court is examining several related cases.

Border guards have in past clashed with and arrested several people as they tried to cross from Syria into the kingdom.

“By using the air force, Jordan wants to send a message to terrorists and groups that seek to exploit the Syrian situation that it will respond in a very tough way against any threat to national security,” said analyst Oraib Rantawi, head of Amman’s Al-Quds Center for Political Studies.

“Jordan also wants to … respond to accusations that Amman is involved in facilitating the entry of jihadists into Syria who are considered a threat to the kingdom itself.”

The country has struggled to cope with hosting more than 500,000 Syrian refugees uprooted by the conflict.

It has repeatedly expressed fears that the bloodshed could spread and concern over the regional impact of anti-Assad jihadist fighters.

The United States also fears a possible spillover of violence to Syria’s southern neighbor Jordan, a key U.S. ally and one of only two Arab states to have signed a peace treaty with Israel.

King Abdullah II has vowed to protect Jordan from the Syrian war, while the United States kept F-16 fighters and Patriot missile interceptors in the kingdom after joint military exercises last year.

More than 150,000 people have been killed in Syria since the conflict broke out in March 2011, according to the Syrian Observatory for Human Rights, a Britain-based monitor.