Jordanian PM has shoe thrown at him, joins inner circle with Clinton and Bush 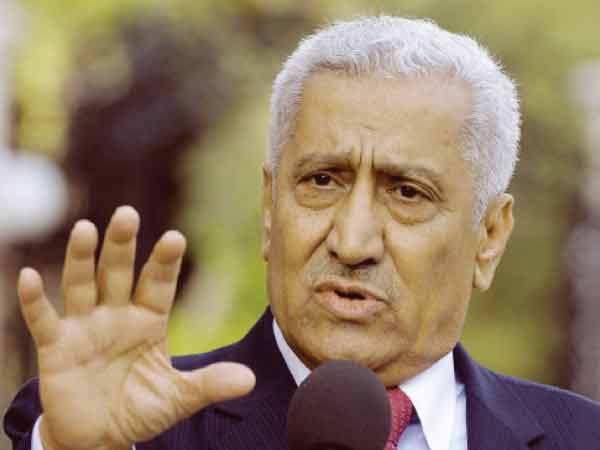 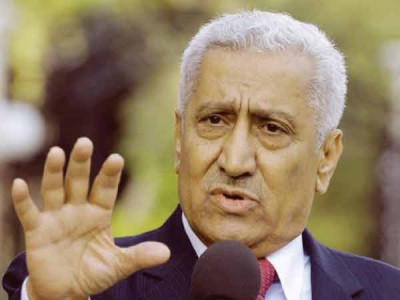 A Jordanian was arrested Monday after throwing his shoes at Prime Minister Abdullah Nsur and five cabinet ministers during a ceremony in the northern city of Jerash, an official said.

“The prime minister was talking about the economy, when Mefleh Mahasneh, 65, head of the Jerash countryside society that was attending the event, stood up and told the prime minister: ‘You raised the prices’,” the municipality official said.

“The mayor told Mahasneh to stop because it was not his turn to talk. Mahasneh, an army retiree, got angry and took off his shoe and threw it towards the stage on which the prime minister and the ministers were sitting.”

He said Mahasneh then took off his other shoe and threw it in the same direction.

“The pair of shoes landed on a table on the stage. Police arrested Mahasneh,” the official said, adding that he did not think he would be charged.

“I think he was detained for his own protection because some attendees threatened to take action against him,” he said without elaborating.

In November 2012, Nsur’s government raised fuel prices, including household gas, by up to 53 percent to help reduce a massive government deficit of 3.5 billion dinars (around $5 billion dollars), sparking a wave of violent nationwide protests as well as strikes.

Amid growing unemployment and poverty, Jordanians have held street protests to demand sweeping political and economic reforms as well as tougher anti-corruption efforts.

The throwing of shoes at political figures is a form of protest in many parts of the world. In 2008 a shoe was hurled at then-President George W. Bush when he appeared at a Baghdad press conference with the Iraqi prime minister. Most recently, a woman hurled a shoe at Hillary Clinton on Thursday as the former secretary of state was delivering a speech at a Las Vegas hotel.