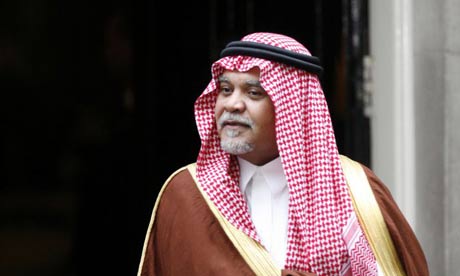 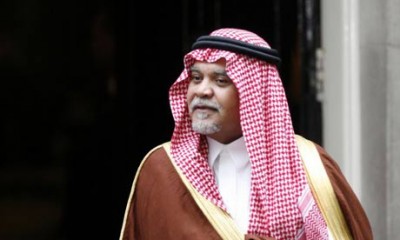 Media run by the Syrian regime and its allies in Lebanon have repeatedly lashed out at Bandar, accusing him of supporting Sunni Islamist radicals in Syria.

In a royal decree, the powerful official was “exempted… from his position at his own request” and replaced by his deputy, Youssef al-Idrissi.

Bandar, a former ambassador to the United States, is widely regarded as among the most influential powerbrokers in the Middle East.

But the veteran intelligence supremo went abroad for several months for health reasons, with diplomats saying he had been sidelined in Saudi efforts to support rebels fighting Syrian President Bashar Assad’s regime.

They said the file has been transferred to the interior minister, Prince Mohammed bin Nayef, who cracked down on al-Qaida following a wave of deadly attacks in the Gulf state between 2003 and 2006.

The prince himself reproached Washington for its decision not to intervene militarily in Syria, and for preventing its allies from providing rebels with much-needed weapons, according to diplomats.