Syrian stabbed to death and set ablaze in Chouf, Lebanon 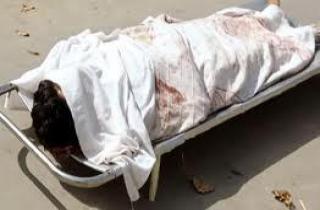 A Syrian was stabbed multiple times before his body was set on fire in the Shouf district, the state-run National News Agency reported on Monday.

The body of Muhannad al-Aatli, 45, was found inside his room in the area of al-Saadiyat, it said.

The agency said that the killer of al-Aatli had stabbed him many times all over his body and then burned his body.

Forensic experts inspected his corpse and members of al-Saadiyat police station launched an investigation into the murder, NNA added.

In a similar crime, a chopped up body was found in a garbage container in the Ouzai district of Beirut’s southern suburbs.

Police are seeking to identify the victim.

Later on Monday, LBCI TV said the body of Syrian child Nimr Khaled al-Dous, 6, was found hanging from a tree outside his family house in Shhim’s al-Karm al-Atiq neighborhood, also in the Shouf district.

It said the body was transferred to the Mazboud Central Hospital.

Last month, a Syrian was found stabbed to death in North Metn district with a message written in his blood saying he was killed to avenge the fall of the central Syrian town of Yabrud.

Ali Moussa Harmoush’s body was discovered covered in blood in his room in the town of Fanar.