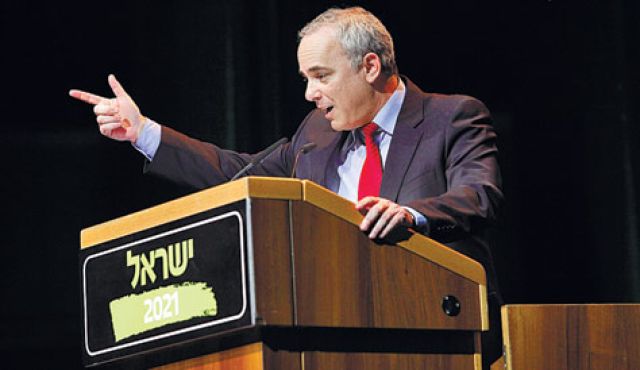 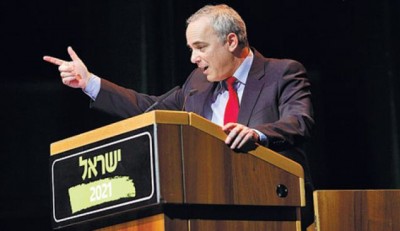 Israel’s intelligence minister Monday slammed as unacceptable comments by US Secretary of State John Kerry on negotiations with Iran over its nuclear program which he said indicated a “surrender” to Tehran.

“The things Kerry said in the Congress are worrying, they are surprising and they are unacceptable,” Yuval Steinitz, who is also strategic affairs minister, told public radio.

“We watch the negotiations with concern. We are not opposed to a diplomatic solution but we are against a solution which is entirely a surrender to Iran and which leaves it a threshold nuclear state,” Steinitz said.

In remarks to US lawmakers last week Kerry warned that the Islamic republic was two months away from breakout capability to produce enough nuclear material for a bomb should they resume their mothballed enrichment process.

Responding to reports that international negotiations with Iran should focus on extending the time it would take for Iran to produce nuclear weapons to between six and 12 months Kerry said the ultimate goal was assurance that Iran never build an atomic bomb but slowing the process would be an improvement on the current situation.

“I think it is fair to say, I think it is public knowledge today, that we are operating with a time period for a so-called breakout of about two months,” Kerry said.

“So six months to 12 months is — I’m not saying that’s what we’d settle for — but even that is significantly more,” he added.

Steinitz insisted that Israel would not allow such a scenario.

“We will not be able to adopt and accept any agreement which leaves Iran months or a year from a nuclear weapon,” he insisted.

Israel, like the United States, has refused to rule out military action to prevent Tehran from acquiring nuclear arms.

Under an interim agreement reached last year that expires on July 20, Iran froze key parts of its nuclear program in return for limited sanctions relief and a promise of no new sanctions.

Talks on a permanent agreement are under way between Iran and UN Security Council permanent members Britain, China, France, Russia and the United States, along with Germany.

After a session in Vienna last week the powers’ chief negotiator, EU foreign policy chief Catherine Ashton said the next round from May 13 would see negotiations “move to the next phase”.

The West and Israel have long suspected Iran of using its nuclear energy program as a cover for developing atomic weapons, a charge denied by the Islamic republic.

Israel is widely believed to be the only nuclear-armed state in the region, though it has never officially confirmed or denied having such an arsenal.