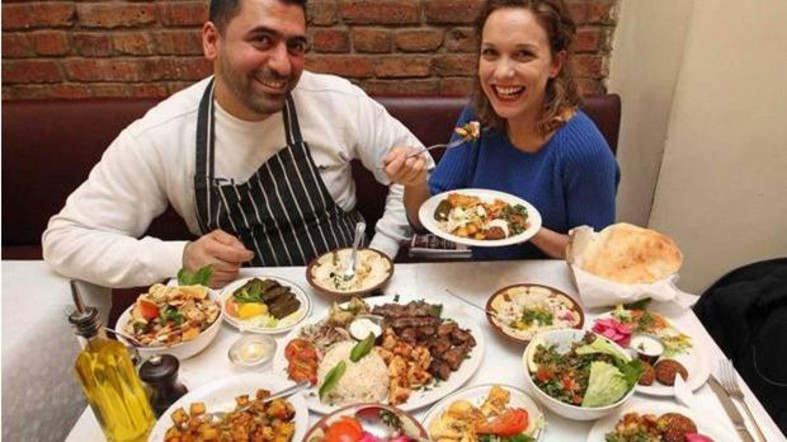 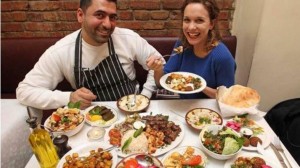 Lebanese diner, “The Cedar,” beat out over 9,000 eateries to win the title of Britain’s favorite take-away, the London Evening Standard reported on Tuesday.

Chef and Owner Sami Khoueiry credits the success of his restaurant to his mom’s culinary tips and the 100 percent homemade food.

The small restaurant in Maida Vale received the most positive feedback from millions of reviews on online delivery website hungryhouse.co.uk.

Growing up in Beirut, Khoueiry said his dishes have received his mother’s “seal of approval.”

Formally trained in the kitchen of the Marriot Hotel in Mayfair, the Lebanese native worked for five years as a sous chef and Lebanese specialist.

Taking a gamble, the 34-year-old took a chance by turning down a position at the prestigious Dorchester in Park Lane and decided to try his hand at running his own restaurant.

He said: “I was accepted to work at The Dorchester, but I decided to start here a few years ago. It’s hard running your own business, but I love my job.”

Ensuring all of his food is fresh, the young chef makes multiple trips a week to meat and fish markets and gets fresh vegetables delivered daily.

He said: “I love to spend my time going about getting ingredients and fresh products, and then coming back to make my secret marinades. Once you’ve eaten here, you know why we came first. It’s the freshness. Everything is made with care. I’m a perfectionist. Every single plate I do, I say I’m doing it for my family.”

Khoueiry says he is encouraged by the changing attitudes he has witnessed towards Lebanese cuisine in the 10 years he has lived in the UK.

“Before, people had the idea that Lebanese food was expensive and only for special occasions but a lot of people are enjoying experimenting and discovering everything we offer,” he said.