Israeli minister: Palestinians should be punished and lose 60% of West Bank 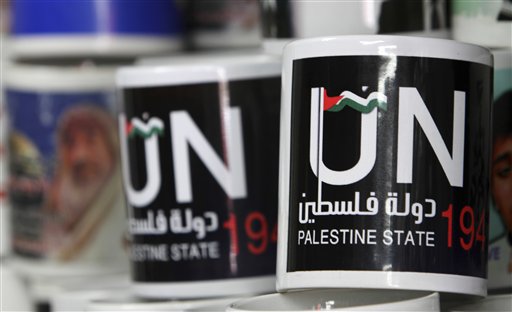 A senior Israeli official has called on Tel Aviv to annex 60 percent of the West Bank in response to its deadlocked US-brokered negotiations with the Palestinian Authority (PA).

Israeli Finance Minister Naftali Bennett has launched a publicity campaign for his plan called ‘Settlement Blocs First,’ urging the regime’s Prime Minister Benjamin Netanyahu on Wednesday to annex nearly 60 percent of West Bank in a bid to punish the PA for efforts to further Palestinian recognition at the United Nations.

The Israeli official claims his plan should serve as a retort to the failed talks between Tel Aviv and the Palestinian Authority.

The plan calls for annexing territories such as Ariel and Beit el-Ofra.

Bennett’s call came through a letter to Netanyahu, insisting that the era of negotiations has come to an end.

“It is clear that the diplomatic process has run its course and that we are entering a new era,” Bennett wrote in the letter. “We have been hitting our heads against the wall of negotiations over and over again for years and we kept getting surprised when the wall did not break. The time has come for new thinking.”

On April 6, Netanyahu threatened to take unilateral measures against the Palestinian Authority unless it abandoned plans to join the international agencies and treaties. The PA’s bid to join several UN agencies came in response to Israel’s refusal to free a final batch of Palestinian prisoners as part of a prior deal.

Since the resumption of the direct talks between the two sides in last July, Palestinians have also objected to a number of issues, including Israeli settlement expansion in the occupied Palestinian territories.

The Israeli settlements are considered illegal under international law. However, Netanyahu says the settlement construction is part of Israel’s policy and will not stop.