American who fought alongside al Qaeda in Syria killed by overdose 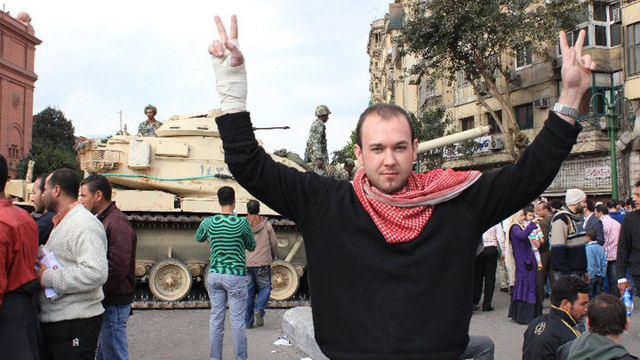 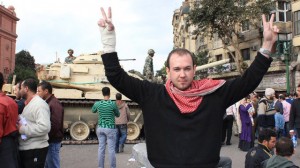 Former U.S. Army trooper Eric Harroun fought with rebels in the world’s most dangerous warzone, Syria, and was briefly jailed by his own government, accused of joining al Qaeda terrorists there. But in the end, Harroun died not on a battlefield or behind bars, but quietly in his father’s house in Arizona this week, his family said.

“With deep sorrow, we regret to inform you of our beloved Eric Harroun’s death. He will be missed by his family, friends, and many people around the world his life has touched,” the family said in a statement posted on his Facebook page Wednesday.

His sister Sarah Harroun posted a comment that said he succumbed to an “accidental overdose,” but an official cause of death has not been released.

It was the finale of the fast, wild and high-profile adventures of the brash Harroun, who would have turned 32 in June.

“Eric was a passionate, driven man who pushed the limits of both his personal life and searching for meaning and purpose. He found it fighting in Syria and paid dearly for it,” Robert Young Pelton, a famed writer and war adventurer who befriended Harroun, told ABC News today.

Intelligence agencies began tracking Harroun in late 2012 when he appeared in YouTube videos with fighters in Syria, which was by then attracting hordes of foreigners eager to take up arms against the brutal Syrian regime. In one video, Harroun addressed Syrian strongman President Bashar al Assad and pledged that the Syrian resistance was coming for him.

While taking a break from the fighting in Turkey last year, Harroun met with officials at the U.S. embassy and eventually was lured back to the U.S., where the FBI arrested him. He was indicted him in federal court in Virginia for being a member of Jabhat al-Nusra, the Syrian arm of al Qaeda-core in Pakistan.

He was held up as an example of American jihadis alongside former al-Shabab field commander Omar Hammami in Somalia, who was assassinated last fall.

But Harroun’s father Darryl told ABC News last September, “He’s not any terrorist, not any more than I am.”

Darryl Harroun was right. The government’s terrorism case against Harroun fell apart when it became plain they had confused two different resistance groups in Syria’s complicated menagerie of guerrilla forces. Harroun had fought with one that was not waging jihad for al Qaeda.

Though a Muslim convert, Harroun apparently did not adhere to the more conservative interpretations of Islam’s holy texts and freely admitted to journalists before his arrest that he smoked and drank. He drove fast cars and motorcycles. He posted photos and video on Facebook brandishing military weapons mainly to impress girls — and it worked well, Pelton said.

“When the government’s own evidence showed that he was with al Nasr and not al Nusra, they quickly tried to hide their mistake and badgered Harroun to cop a plea for a lesser charge,” said Pelton, who spent time with Harroun in Phoenix recently. “Harroun pleaded guilty to failing to take out an export license and was released for time served. He was looking forward to an early end to his three years of parole and returning to Syria to fight.”

Pelton, like Darryl Harroun, said the young fighter had fed tips to the CIA and FBI for years until they turned on the U.S. Army veteran, who had served three years without being deployed and had been given a medical discharge. Harroun longed to get into the fight in Syria.