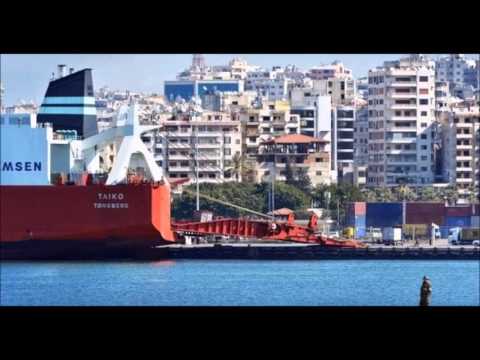 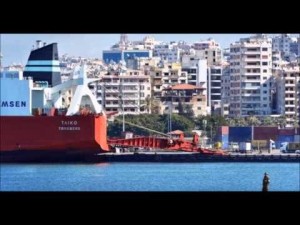 Iran delivered 30,000 tons of food supplies to Syria on Tuesday to help the government deal with shortages due to the civil war, state media said.
As the announcement came that the massive shipment arrived at a Mediterranean port, state TV also reported that government forces had made further advances against rebels near the capital, Damascus.

The aid is part of Iran’s broader support for President Bashar Assad as he prepares to run for a third presidential term while his troops battle rebels seeking his overthrow.

Iran has been Assad’s major backer throughout the 3-year-old conflict, lending Damascus military support through its proxy Hezbollah group and advising the government on strategy to fight the opposition. Tehran has also been pumping funds into Syria to save the country’s battered economy from collapsing.

Last May, Iran extended a $3.6 billion credit line to Syria, enabling Assad’s government to buy oil products and help shore up the diving value of the Syrian pound.

U.S. and European Union bans on oil imports aimed at punishing Assad’s government for its brutal crackdown on dissent are estimated to cost Syria about $400 million a month.

Before the conflict started in March 2011, Syria produced most of the food needed to feed its 23 million inhabitants and even exported wheat. Over the past year, the country has experienced massive shortages because the fighting has been concentrated in opposition-held, rural areas around Syria’s major cities, including the capital, and along the border with Lebanon, where most of the agricultural land is located.

Assad’s troops have been for months conducting a punishing offensive around Damascus, pounding rebels in villages and towns with artillery and surrounding them with checkpoints, preventing food, crops and medicine from reaching people inside.

In Rome, the UN food agency said Syria is facing a drought that will have “a major impact on the next cereal harvest.” With the rainy season ending in mid-May and the rainfall since September at the level of less than half the average, millions of lives could be at risk, the WFP said in a statement Tuesday. The agency is currently feeding 4 million Syrians.

The number of those in need of food assistance is likely to rise in the next months as the dry conditions, compounded with the impact of the civil war, will result in the breakdown of the agricultural sector, the statement said.

The U.N. agency estimated that the wheat production in Syria will be at 1.7 to 2 million tons this year — a record low. Syria’s wheat needs were at 5.1 million tons last year, the WFP said.

According to WFP’s figures, the areas most affected by drought are in Syria’s northwest that account for half of the country’s wheat production. In addition to the lack of rainfall, the provinces of Aleppo, Idlib, Hassakeh as well as Raqqa and Deir el Zour in the northeast have seen some of the worst fighting in the past two years.

Despite relentless violence, Assad is quietly preparing the ground to hold presidential elections early this summer to win another 7-year term.

No date has been set yet for the vote, which must be held between 60 and 90 days before Assad’s current 7-year term ends on July 17. Assad has not publicly said he will run, but in February the parliament approved an electoral law opening the door — at least in theory — to potential contenders besides the serving president.

Syrian Information Minister Omran al-Zoubi said Tuesday the elections will go on as scheduled in all Syrian provinces. Presidential candidates will be able to submit their applications during the last 10 days of April, al-Zoubi said in an interview with Hezbollah’s Al-Manar TV, broadcast Tuesday.