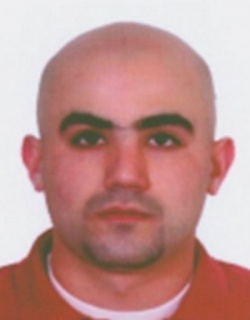 The bomber who targeted a bus in the Bulgarian Black Sea resort of Burgas in 2012, killing five Israeli tourists, was of Algerian origin and trained in camps in southern Lebanon, the Bulgarian daily Presa said Monday.

“The assailant was born in Algeria, lived in Morocco and was trained in camps in South Lebanon. He also studied at a Beirut university with the other two suspects,” the newspaper quoted sources familiar with the investigation as saying.

Bulgaria had previously identified as alleged accomplices two Lebanese men with links to Hizbullah — and with Canadian and Australian passports — and has made so-far unanswered extradition requests to Lebanon.

Israel and Bulgaria have already accused Hezbollah of being behind the attack at Burgas airport, the deadliest on Israelis abroad since 2004.

The bomber died in the attack although it remains unclear if he intended to die.

The same daily said last month that the bomber was a Lebanese man.

Chief prosecutor spokeswoman Rumyana Arnaudova declined to comment on the March report in the newspaper, which cited sources in the Bulgarian intelligence services.

The European Union put the armed wing of Hezbollah last year on its terrorism blacklist over the incident.