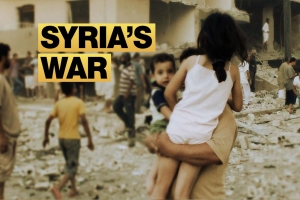 More than 150,000 people have been killed in Syria since the conflict began in March 2011, a monitoring group said in a new toll released Tuesday.

The Syrian Observatory for Human Rights said it had documented the deaths of 150,344 people. Of them, 51,212 were civilians, including 7,985 children.

A total of 58,480 loyalist forces, including more than 35,000 soldiers, were also killed. Included among those killed on the government side were 364 members of Hizbullah.

The group said 37,781 members of the armed opposition had been killed, including jihadists from the Islamic State of Iraq and the Levant and the al-Qaida affiliated Al-Nusra Front.

Another 2,871 unidentified people were recorded as having died, the group said.

The conflict began with peaceful anti-government demonstrations, inspired by similar movements elsewhere in the region, that were brutally suppressed by the regime.

In response, part of the opposition took up arms and the conflict spiraled into civil war.

On Tuesday itself, more than 50 people were killed in Damascus and Aleppo provinces, the Observatory said.

Thirty-one of the dead fell in Aleppo, mainly as a result of helicopter attacks by the regime, using barrel bombs on rebel areas.

Another four children and four adults were killed in a mortar attack by rebels against a regime-held neighborhood in Aleppo city, said the Observatory.

Meanwhile in Damascus province, 12 people were killed. Among them were six children killed by army tank fire on Jabaadin village.